Disney's Imagineers are always looking to create bigger and better attractions for its theme parks — and there are few things larger than life than the Incredible Hulk.

With Project Exo, which has been in development for about two years, the company's research and development team is trying to bring Disney's biggest characters to life at its theme parks. The project has been under wraps since its inception, but the company recently pulled the curtain back to showcase its progress.

In a Glendale, California, warehouse in April, an Imagineer fiddled with a giant articulated green hand, using a mechanism attached to a metal gauntlet to pinch two massive fingers and a thumb around a tiny plastic taco. The interaction is a play on the Hulk handing Ant-Man two tacos during "Avengers: Endgame."

Another member of the team walked around on stilts encased with thick black padding to give the impression of a Hulk-sized calf and thigh. 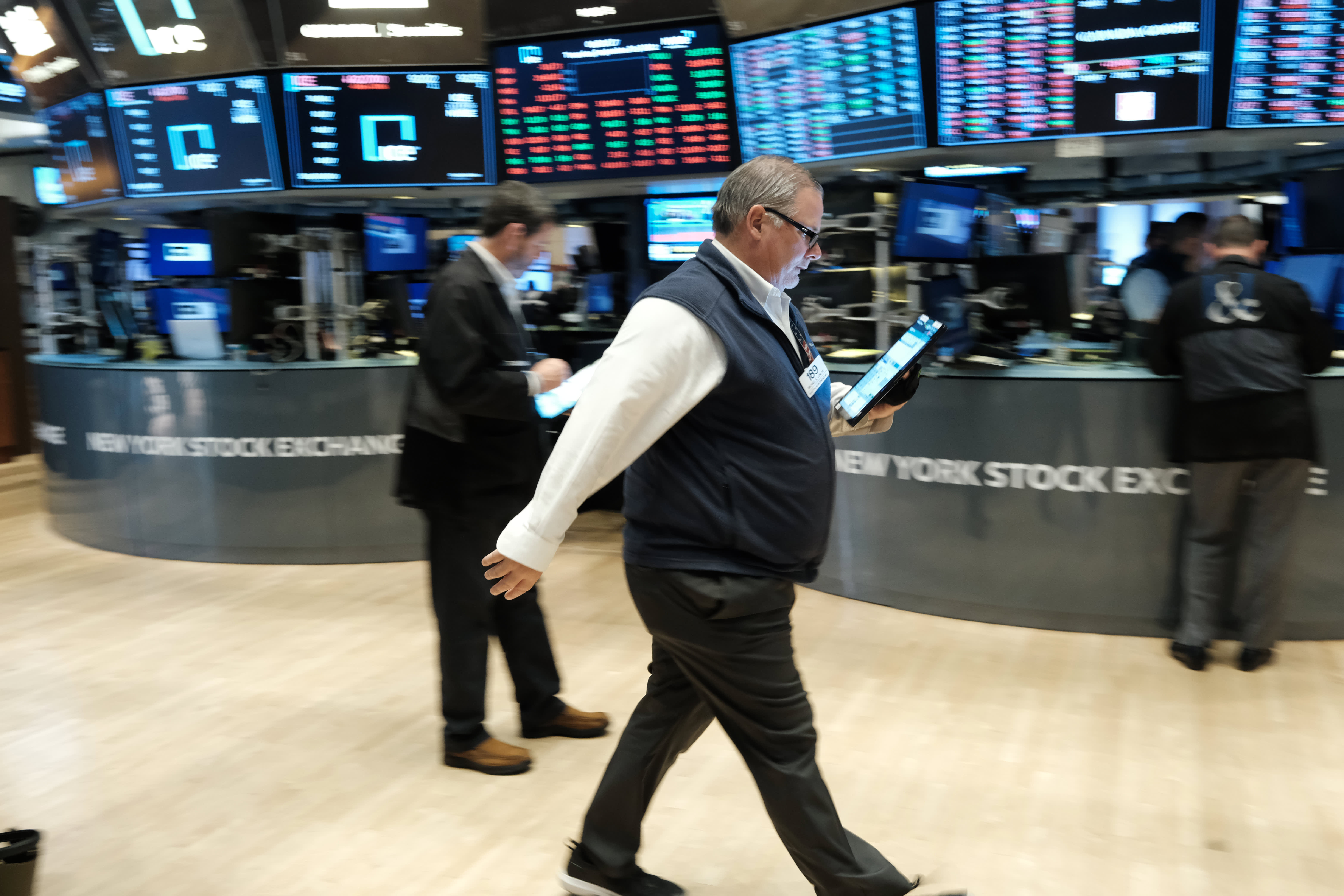 Profits Over Politics: the Case for Anti-ESG ETFs

The R&D team is creating a full-body exoskeleton system piece by piece in the hope that one day these characters could walk around Disney's theme parks and interact with guests.

And Bruce Banner's alter ego isn't the only concept Project Exo is using to test this new innovation. The group has designed a set of furry Wampa feet, based on the iconic ice creature from "Star Wars: The Empire Strikes Back."

The goal isn't to create one character, but a platform to design numerous characters, said Leslie Evans, Disney's chief Imagineer.

"One of the things that is so exciting about a project like this is that characters are a big way that we bring our lands to life, and having these gigantic characters that guests are going to be able to see from a far way away … I think that is a really exciting prospect," she said.

Disney hasn't shared which characters could ultimately go to the parks, but the company has no shortage of towering characters, from the Mad Titan Thanos from the Marvel Cinematic Universe to Baymax from the animated film "Big Hero Six."

The company has no date for when these oversized characters will appear in the parks, Evan said. The project is still in early stages, as its engineers deal with how to meld a number of new technologies into a seamless character that not only appears real to parkgoers, but is comfortable and easy to use for Disney performers.

The group is testing 3D printing methods to create muscles that can mimic authentic humanoid movements, something that was not possible with foam. These particular prototypes are much lighter than traditional materials, meaning performers don't have to carry as much weight and could remain comfortable in the costume for longer periods.

A history of innovation

Innovation like this has been a part of the DNA of Disney's parks, dating as far back as the 1960s with Walt Disney's audio-animatronics, Evans said. Iconic rides like It's a Small World and Pirates of the Caribbean as well as attractions like the Hall of Presidents and the Enchanted Tiki Room were cutting edge when they opened and continue to draw parkgoers.

Disney parks have use thousands of animatronics, most of which are stationary. More recently, Disney's Imagineers have designed a robot that can swing and flip through the air called Stuntronics. Donning a Spider-Man suit, this technical marvel can be seen doing acrobatics 60 feet in the air above the rooftop of the WEB building at Disneyland's Avengers Campus.

And then there is Project Kiwi. Announced earlier this year, the project seeks to do the opposite of Project Exo. In private meetings with reporters, the prototype takes the form of a young Groot, barely 3 feet tall, waddling and cooing like a toddler, uttering only three words: "I am Groot."

The small-scale, free-roaming robot has cameras and sensors that help it move about the room and interact with people. Like Project Exo, Disney's aim is to design a platform that it can mold to fit a number of tiny characters that would normally have not been able to be portrayed by a cast member. Think: Winnie the Pooh, Baby Yoda and Rocket Raccoon.

Project Kiwi is heading for the "play test" stage, where the Imagineers bring the character into the park to interact with guests and gather feedback. The company has not shared when this will take place or at which park.

The importance of pushing boundaries

As guest expectations rise, Disney's Imagineers must continue to push the boundaries of technology and imagination. After all, new rides can get folks to walk through the gate, but their experience is what convinces them to return.

Disney has a long history of profitability at its parks prior to the coronavirus pandemic. In 2019, its parks, experiences and consumer products division accounted for 37% of the company's $69.6 billion in total revenue.

Its theme parks around the world attracted around 156 million visitors, the highest of any theme park group that year. That's more than double what the second-highest, Merlin Entertainment, saw in 2019. Merlin runs Legoland, Madame Tussauds and a handful of regional parks.

Rival Universal Studios saw 51 million visitors in 2019, but also has far fewer locations. It is currently in the process of adding another park in Beijing and a new domestic park called Epic Universe.

Disney's parks have constantly evolved, and these updates have kept parkgoers returning in droves to revisit old attractions and experience new ones.

In just the last two years, the company has opened Star Wars: Galaxy's Edge in its Florida-based Hollywood Studios park and California-based Disneyland. It also redesigned its A Bug's Life land at California Adventure. It's now an Avengers Campus, home to a renovated Tower of Terror attraction that is now themed as Guardians of the Galaxy: Mission Breakout.

"We continue to create believable worlds and bring characters, both big and small, to life in new and exciting ways," said Josh D'Amaro, chairman of Disney parks, experiences and products.  "Everything we do is in service of innovation and providing our guests a next-level immersive experience."

Disclosure: NBCUniversal is the parent company of Universal Studios and CNBC.