Beta Technologies, which agreed to sell electric vertical takeoff and landing aircraft to United Parcel Service, sees the deal as a major milestone for the acceptance of eVTOLs as commercially viable.

"UPS is a step function change for our business," Beta founder Kyle Clark told CNBC ahead of Wednesday's announcement. "It telegraphs to the entire business community that electric vertical aircraft are real." 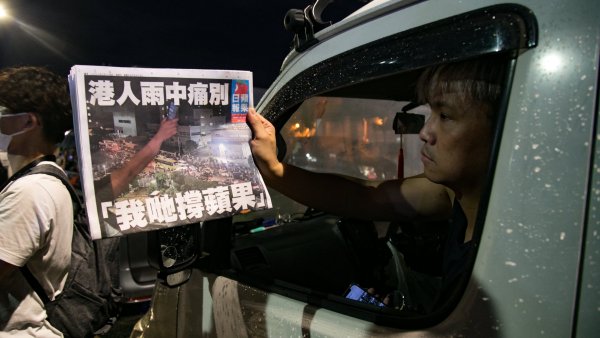 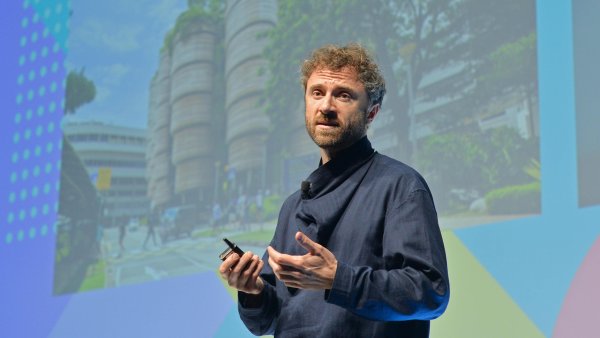 Beta Technologies will design and build 10 of its Alia-250 eVTOLs to be delivered to UPS in 2024, pending certification from the Federal Aviation Administration. The aircraft is powered by an electric battery. It has five propellers, allowing it to take off vertically like a helicopter and then fly like a plane. It can carry 1,400 pounds. It can travel up to 250 miles at 170 mph once fully charged, a process that takes 50 minutes.

UPS, headquartered in Atlanta, plans to test the eVTOLs in its Express Air delivery network to replace small planes that can carry 500 to 3,000 pounds.

"Global customer acceptance of electric vertical aircraft is something that isn't going to happen overnight, and the trust and the validation ... is produced when a company like UPS safely flies these things between airports and distribution centers, and on airport and off airports," said Clark. "That experience or just the emotive response of the general public to know that they're not the first ones getting on — so this has been flying, hundreds of aircraft in millions of hours of packages — is the right way to approach this market, and it'll put us significantly up on our competition."

There's growing competition in the emerging eVTOL market, with another start-up, Archer, announcing in February an investment from United Airlines. Silicon Valley-based Archer plans to build a four-passenger aircraft that can travel 60 miles at up to 150 mph. Archer is aiming to have it's eVTOL delivered to customers by 2024, if certified by the FAA. In December, California-based Joby Aviation bought the Uber Elevate flying taxi service, with plans to have its eVTOL aircraft entering service as soon as 2024. Wisk, established in 2019 as a joint venture between Boeing and aircraft maker Kitty Hawk Corp., started testing autonomous eVTOLs taxis in New Zealand.

Beta Technologies and UPS are not disclosing the financial terms of the deal, however, UPS holds an option to purchase up to 150 more eVTOLs from Beta. UPS also has embedded a staff member at Beta's Burlington, Vermont headquarters to identify and address any issues with "how do you load this thing, how do you unload it, what does the pilot need for a cockpit, how do you get the trucks in and out next to it," Clark said. "All these things that make us have a better product in the future [and] are enabled by an early commitment by UPS like this."

It's "the first meaningful customer order in the electric-vertical aerospace aircraft space, and it's a real order, and that differentiates us very quickly," said Clark. "We've really focused on getting a real partnership engaged with UPS, getting a real order in place and having a clear path to deployment, in our ability to recruit people, to partner with the best aerospace companies in the world, and of course to get additional orders."

Wedbush analyst Dan Ives estimates there will be approximately $300 billion in eVTOL spending by 2028. Beta Technologies said it will focus on providing aircraft to commercial customers for now but will eventually sell to private individuals.

Clark said the full scope of what eVTOLs can be used for is still being figured out, but he considers the aircraft Beta is delivering to UPS as the start of the next chapter for his company and the industry.

"We have a new proposed form of propulsion, coming into aerospace, that will broaden the entire aerospace market. Nobody here is replacing a helicopter or a jet, or whatever. We're actually enabling entirely new routes and missions that were inconceivable previously in aerospace," he said. "This order from UPS just steps up the reality, steps up the funding, steps up the focus, and provides a real deployable vision for the entire industry, and of course specifically for Beta."