On Wednesday morning, about 50 delivery and ride-share drivers parked outside an Amazon warehouse near Los Angeles. Signs taped to their car windows showed a jogging skeleton sporting an Amazon delivery uniform and carrying a package.

"Running On Empty," the signs read at the protest rally, which was organized by Mobile Workers Alliance, a group representing gig economy workers. "We Can't Afford Gas. Tech Giants, Pay Up," the signs said.

The caravan of contractors gathered at the Amazon facility, known as FCA2, to urge the online retailer to follow the lead of Uber, Lyft, DoorDash and Walmart. In recent days, those companies have all added fuel surcharges or increased driver earnings to offset higher gasoline prices.

Amazon has remained mum on the topic since Russia's invasion of Ukraine has pushed gas prices in the U.S. to record levels. The national average for regular gas reached as high as $4.33 a gallon, according to AAA. It's currently $4.29, up 78 cents from a month ago.

Launched in 2015, Flex remains a side hustle for some workers and has become a primary source of income for others. Drivers use their own vehicles to deliver packages in over 50 cities. They earn between $18 and $25 an hour, depending on the type of shift, and are responsible for costs like gas, tolls and car maintenance. 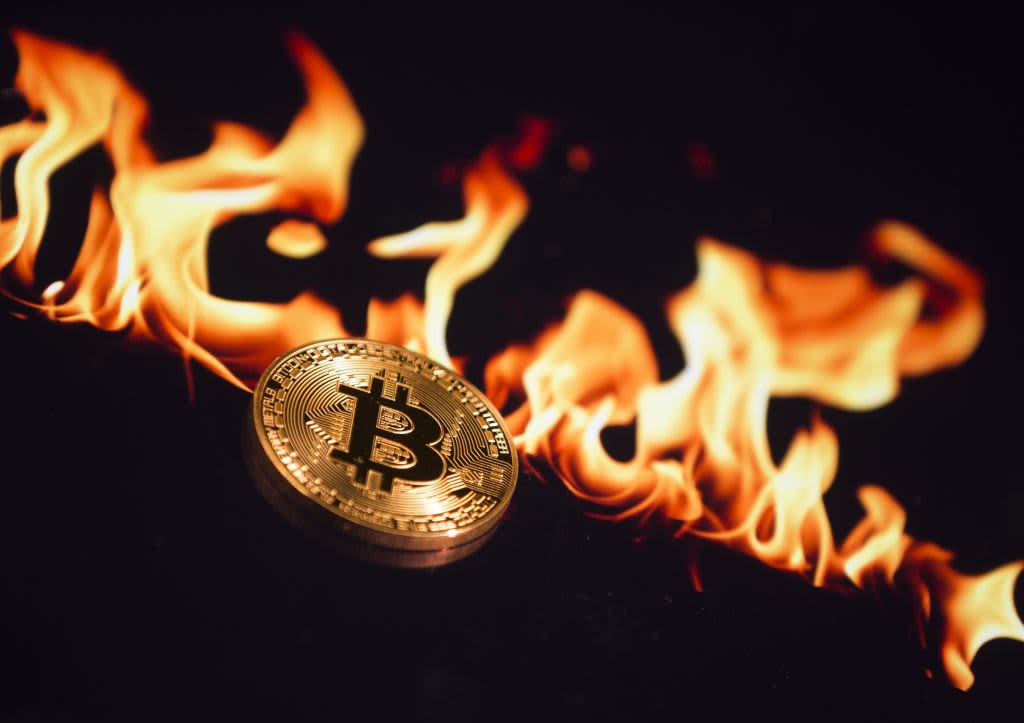 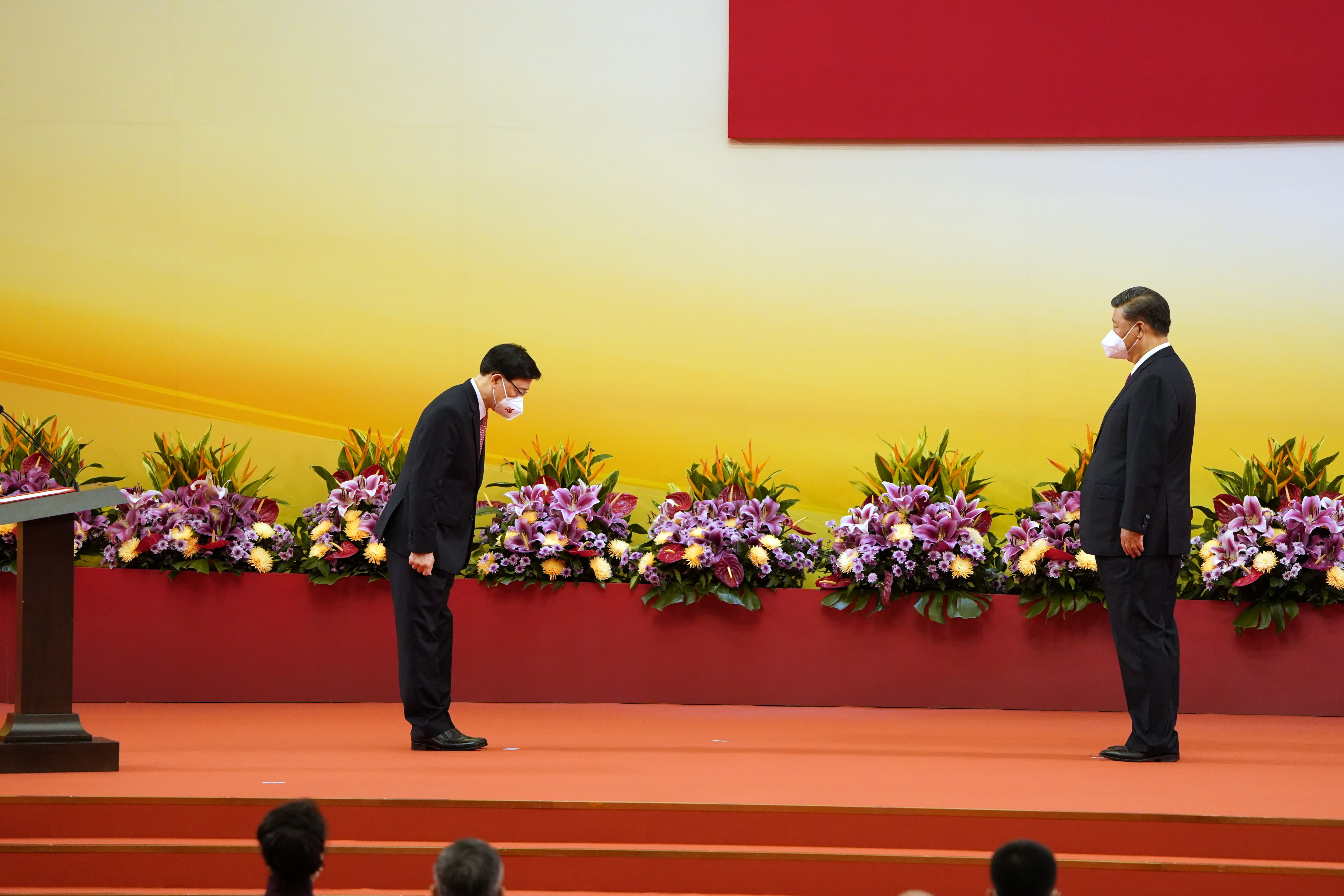 Hong Kong's New Leader Has Work Cut Out for Him. Here Are Some of His Priorities

Kerry Selfridge drives full time for Flex in Kansas while he works to get a travel agency business off the ground. Selfridge said he has to fill his gas tank every day, and that the current price at the pump makes it hard to make ends meet.

Selfridge, who has three kids, said he's had to reduce spending on things like meals and entertainment.

"I have to be able to keep them housed and fed," Selfridge said. "We are a family that regularly eats expensive meals, but now we are getting used to less expensive things."

Flex drivers deliver Prime packages as well as Whole Foods and Fresh grocery orders from Amazon warehouses scattered throughout their area. Unlike dedicated Amazon delivery drivers, who usually make multiple stops in a single neighborhood, Flex workers may drive many miles between stops.

One way to maximize earnings is through tips. Flex drivers told CNBC that only deliveries for Whole Foods and Fresh include that option for customers, and those gigs are highly sought after and have become harder to come by.

Jana, a Flex driver in San Francisco who didn't want to use her full name, said tips make driving for Flex worth her time. But she said she has noticed fewer gig opportunities of late, which means less potential income just as her costs are soaring.

Jana bought a Toyota Prius in 2018 to get better mileage while making deliveries. With San Francisco gas prices topping $5.90 a gallon, "it feels like I don't even drive a hybrid anymore," she said.

Base pay on Flex is roughly $18 an hour. Amazon will sometimes offer increased rates, or surge pricing, to entice drivers to pick up a shift. Blocks with surge rates are typically in high demand and can pay up to $35 an hour.

Just as drivers gravitate to orders that include tips, they've also flocked to shifts with higher pay, increasing competition among Flex workers.

"I'm not taking any base-pay blocks now," said Scott Dueringer, a part-time Flex driver in Fort Lauderdale, Fla. "Only surged-pay blocks. But those are few and far between here."

An Amazon spokesperson said in an emailed statement that the company is "closely monitoring the situation" and listening to drivers' concerns.

"We've already made several adjustments through pricing surges in impacted areas to help ease some of the financial challenges," the spokesperson said. "As the situation evolves, we'll continue to make changes where we can to help support our partners."

Meanwhile, some Flex drivers are picking up work from Uber, DoorDash or Instacart, because they may offer shorter routes that require less gas. Last week, Uber added a surcharge of up to 55 cents per trip and 45 cents for Uber Eats deliveries to help drivers deal with higher fuel costs. Lyft followed with a similar announcement.

Laura Chelton in Seattle said she ditched Flex entirely and returned to working as a full-time nanny. Some former colleagues also are leaving, saying when it comes to the economics of the job, "it just doesn't work," she said.

Khaterine Cote, who attended Wednesday's rally, relies on earnings from Flex and other delivery services to take care of her two young children and to support family members in Venezuela.

Cote, a single mom, said she brings in $140 to $150 a day from Flex and said about half her pay goes for gasoline. On top of that, a 40-year high in inflation rates means she's paying more for all of her other daily essentials.

"Right now, I don't have savings because everything is more expensive," Cote said. "So that's really difficult for every single driver at the moment."

WATCH: As Prime One Day shipping expands, here's what it's like to be an Amazon Flex delivery driver