No one knows where the coronavirus will show up next, whether authorities can contain it or how much damage it will leave behind. But professional investors aren't taking any chances.

Spooked by uncertainty over the outbreak and an ill-timed oil war between Russia and Saudi Arabia, panicked Wall Street traders dumped stocks Monday, turning a steady retreat into a full-blown rout in the worst burst of selling since the 2008 financial crisis. Seeking safety, they poured money into U.S. Treasurys and sent benchmark interest rates to astonishing lows.

"Everyone is guessing and assuming the worst,'' said Robin Brooks, chief economist at the Institute of International Finance, a global banking association.

Even so, financial advisers doled out this advice to ordinary investors: Remember your long-term goals and resist the urge act rashly.

Financial markets have been alarmed by the speed with which COVID-19 broke out of China and spread around the world. The virus has infected nearly 114,000 people in 111 countries and regions and killed almost 4,000. Italy is imposing nationwide travel restrictions Tuesday and appears all but certain to fall into recession, perhaps leading other European countries into a downturn.

Business and leisure travel around the world has slowed sharply in the face of the outbreak. The result is a dire financial blow for the travel and tourism industries and small businesses that depend on their customers.

In the United States, Jeff Schulze, investment strategist at ClearBridge Investments said, "the odds of a recession have risen materially.''

After markets closed Monday, President Trump said his administration will ask Congress to cut payroll taxes and provide relief to Americans who have to stay at home because of the virus and can't collect a paycheck. The measures are meant to support the economy and calm recession fears.

"The economy will be in very good shape a year from now,'' Treasury Secretary Steven Mnuchin told reporters. "This is not like the financial crisis.''

Raising anxiety are troubling unknowns: How fast will the virus continue to spread? How deadly will it prove to be? Are policymakers up to the task of bringing it under control? Will the measures they take — including massive quarantines — stifle economic growth?

"Uncertainty is very high. We know what uncertainty does to markets,'' said Jacob Kirkegaard, senior fellow at the Peterson Institute for International Economics. "It's a crisis that's right here, right now, and it's global.''

Adding to the tumult, oil prices cratered Monday after Saudi Arabia vowed to boost production, giving up efforts to hold off and prop up prices. That's bad news for countries and companies that need higher oil prices to balance their budgets, pay their debts or make a profit. 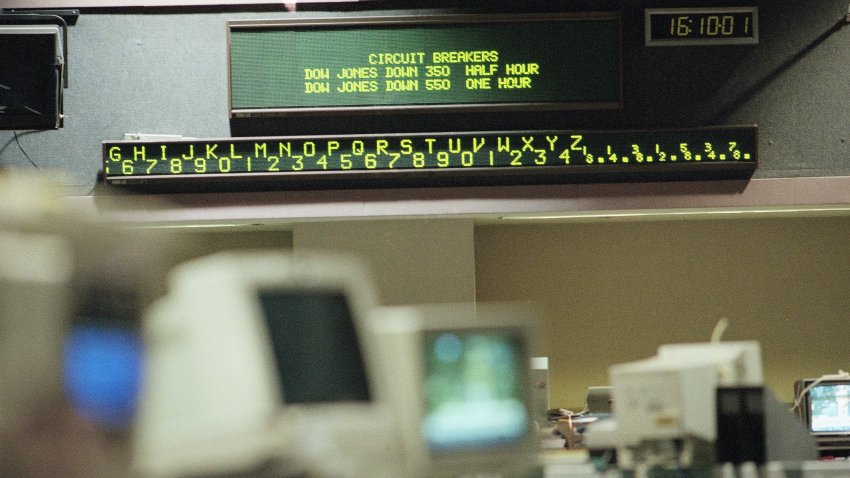 What it Means That the Stock Market Triggered a ‘Circuit Breaker' 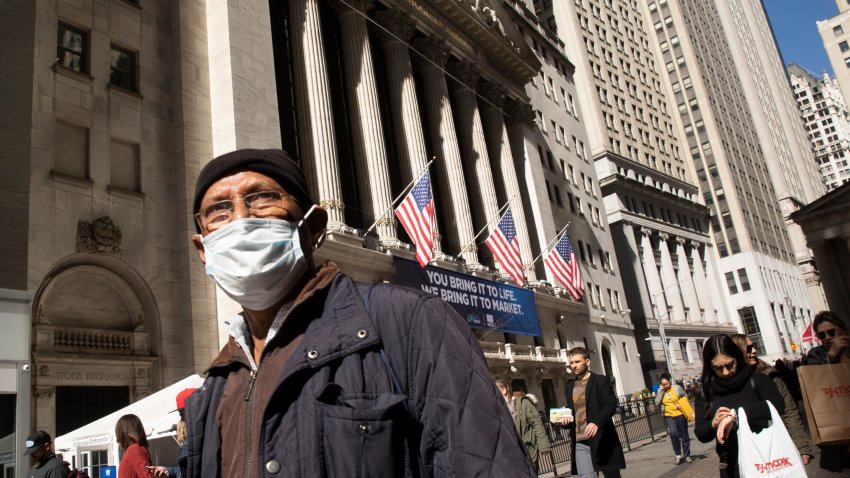 Here is what investors need to know about the action in the markets Monday:

IS THE BULL IN DANGER?

It was 11 years ago that recession-driven declines in the stock market stopped and the current bull market began it's record run. But Monday was hardly a happy birthday.

Economists are scrambling to downgrade their economic forecasts. The virus — and the policies designed to combat it — are taking a toll on commerce.

The market turmoil could make things worse by undermining the confidence of American consumers, the driving force behind a record-breaking U.S. economic expansion that is in its 11th year.

The Institute of International Finance now says the global economy may grow only 1% this year — essentially a recession — down from 2.6% in 2019 and its weakest performance since the financial crisis.

Economists worry that the Fed and other central banks can’t do much more to help. After cutting its benchmark interest rate to a range of 1% to 1.25% last week, the Fed doesn’t have much room to cut.

And the unconventional approach the Fed took during the financial crisis — buying up bonds to push long-term rates lower — doesn’t offer much stimulus when long-term rates are already at record lows.

Mark Zandi, chief economist at Moody's Analytics, said that Congress should consider passing a $100 billion package to provide emergency unemployment benefits for people who can't work because of virus-related shutdown and cover medical costs of people who get the virus and who do not have adequate insurance coverage.

Interest rates on a range of U.S. government bonds have plunged to all-time lows as investors seeking relative safety from stocks have furiously snapped up Treasuries. (As the price of a bond goes up, its interest rate, or yield, declines.)

Vice President Mike Pence told reporters on Monday that he has not been tested for the coronavirus and is unsure if President Donald Trump has been tested despite their exposure to an infected person at CPAC last week.

Low or negative interest rates can make it easier for companies and consumers to borrow, stimulating economic activity.

Anyone pulling up to a gas station to find lower prices than their previous fill-up might wonder why sharply lower oil prices would be a bad thing.

Lower prices at the pump, however, aren’t necessarily good for the U.S. economy overall. When energy prices fall, energy companies tend to cut back on investment and jobs. JPMorgan's chief global strategist, David Kelly, warns that “capital spending on energy infrastructure could take a major hit.” A free fall in gasoline prices led to a sharp drop in U.S. business investment in 2016, for instance — one reason the country’s economic growth slowed to 1.6% that year from 2.9% in 2015.

Oil fell nearly 25% Monday, its sharpest decline since 2008 when employers were slashing hundreds of thousands of jobs in the U.S. Behind the plunge: Saudi Arabia and Russia deadlocked about whether to cut production to prop up prices.

The urge to sell your stocks or at least reshuffle your portfolio intensifies when markets are in turmoil. But while professional investors make big-money moves trying to stay ahead of the market, the advice for retail investors is to stick to their plan.

President Donald Trump spoke at a press conference on Monday alongside Vice President Mike Pence and the administration’s Coronavirus Task Force. Trump announced “dramatic” economic measures would be proposed to Congressional leadership on Tuesday. In the United States, the coronavirus has infected more than 600 people and killed more than 26.

Experts say the best route for most people who are holding stock for their long-term goals is to ride out the downturn. Those nearing retirement hopefully don’t have everything tied up in stocks but should reach out to a professional for the best advice for their situation.