More than 50 former McDonald’s franchisees are suing the fast-food giant for racial discrimination, alleging that it denied them the same opportunities as white operators and pushed them out of the system.

The 52 plaintiffs, who are all Black, claim that McDonald’s violated federal antidiscrimination law and breached their contracts. They operated over 200 restaurants and exited the franchise between 2010 and 2020. The suit was filed Tuesday in a federal court in Illinois, where the company is headquartered.

According to the complaint, McDonald’s steered Black franchisees toward restaurants in low-income neighborhoods, which typically have higher security and insurance costs and lower volume sales. The lawsuit said that the 52 plaintiffs’ average annual revenue was $2 million, more than $700,000 less than McDonald’s national average for its franchisees between 2011 and 2016. Last year, the national average sales for its franchisees climbed to $2.9 million. 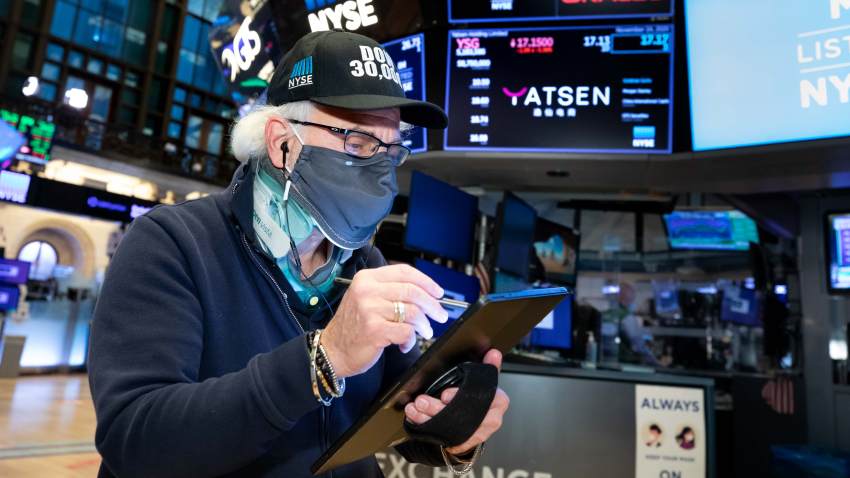 Dow Jumps More Than 200 Points to a Record Even After a Big U.S. Jobs Report Miss

US Hiring Slows Sharply to 245,000 Jobs as Virus Intensifies

After subtracting restaurants’ costs from missed revenue over the years active, the plaintiffs’ losses are between $4 million to $5 million per location on average.

"Revenue, at McDonald’s, is based on one factor and one factor only: location," the plaintiffs’ attorney James Ferraro said in an interview. "It has nothing to do with the taste of a Big Mac. You don’t go to a different McDonald’s because the Big Macs are better. You go to the closest McDonald’s, period."

McDonald’s said that while it may recommend locations, the decision is ultimately up to franchisees. It also said that the plaintiffs operated restaurants in a wide variety of communities across the country and that the company sold high-performing franchises to Black operators.

Black operators who rejected offers to continue running their restaurants in low-income neighborhoods were retaliated against, according to the complaint. The plaintiffs also allege that McDonald’s provided misleading projections that convinced them to buy undesirable franchises and denied them better locations typically given to white franchisees, who operated safer restaurants with higher sales and lower security costs.

Many of the plaintiffs owed money to the company or vendors after they exited the franchise.

"These allegations fly in the face of everything we stand for as an organization and as a partner to communities and small business owners around the world," McDonald’s said in a statement. "Not only do we categorically deny the allegations that these franchisees were unable to succeed because of any form of discrimination by McDonald’s, we are confident that the facts will show how committed we are to the diversity and equal opportunity of the McDonald’s System, including across our franchisees, suppliers and employees."

The Ferraro Law Firm began looking into the alleged discrimination in early February. In December, Business Insider reported that the number of Black franchisees has been shrinking for years. According to the complaint filed Tuesday, the number of McDonald’s Black operators hit a record high in 1998 of 377. In 2020, there are only 186, despite McDonald’s more than doubling its global restaurant count during that time period.

The lawsuit claims that the decline in Black franchisees is no mistake. McDonald’s allegedly graded Black-run restaurants unfairly, leading to poor internal reviews and subsequent denials of growth opportunities and better franchising terms.

McDonald’s said that the number of franchisees has been consolidated across all racial groups in recent years. The company claims that the ratio of Black operators is broadly unchanged.

In early June, Ferraro’s firm informed McDonald’s of the lawsuit. Several weeks later, in the wake of nationwide protests and riots against police brutality and racism, McDonald’s CEO Chris Kempczinski appeared on CNBC’s "Mad Money with Jim Cramer" and claimed that the company had probably minted more Black millionaires than any other corporation.

Ferraro called the statement "odd and false," listing the National Basketball Association and the National Football League as creators of more Black millionaires. He said that he plans to cross-examine Kempczinski in court to further explain the comment.

"They’ve been on this PR campaign in the last couple of months to enhance their image," Ferraro said.

In late July, McDonald’s shared its updated corporate values and more on its commitment to diversity and inclusion. Among its efforts are plans to enhance its efforts to attract and recruit diverse franchisees, although McDonald’s did not define what makes an operator "diverse."

In a video to McDonald’s employees and suppliers about the lawsuit that was viewed by CNBC, Kempczinski reiterated that the company stands for diversity, equity and inclusion and said that the lawsuit’s claims have been investigated.

“Based upon our review, we disagree with the claims in this lawsuit and we intend to strongly defend against it,” Kempczinski said.

This is at least the third racial discrimination lawsuit filed against McDonald’s this year. In January, two senior McDonald’s executives, Vicki Guster-Hines and Domineca Neal, filed a lawsuit against the company, alleging racial discrimination. The lawsuit claims that the chain fired African American leadership and pushed Black franchisees out. McDonald’s has argued that the court should strike some allegations from the suit, including those regarding Black operators.