Why the Democrats Winning Back the Senate Would be a BFD

There's growing anticipation of a blue wave sweeping through Capitol Hill that could potentially engulf vulnerable Republicans. Currently Republicans only hold the Senate 53-47. Dems must gain at least three seats to win control, or four if Trump is reelected and vice president Mike Pence can break a tie.

You want to know why the possibility of the United States Senate flipping blue is a BFD? There it is. Those are just three pivotal moments in recent American history (technically, the outcome of the Barrett nomination hasn't been decided yet... technically) that would have been dramatically different with a Democratically controlled Senate.

“I’m worried that if President Trump loses — as looks likely — that he’s going to take the Senate down with him,” Republican Sen. Ben Sasse of Nebraska said in a conference call with constituents last week, according to a recording first reported by the Washington Examiner. “I’m now looking at the possibility of a Republican bloodbath in the Senate.”

Sen. Ted Cruz, a Trump rival in 2016 but now a staunch ally, said recently on CNBC that if Americans are angry and depressed, “we could lose the White House and both houses of Congress," and the 2020 election “could be a bloodbath of Watergate proportions.” 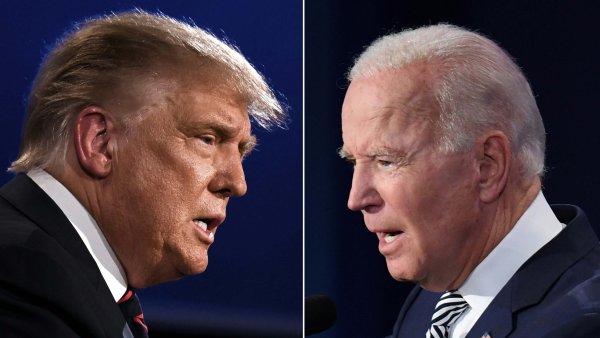 Presidential Debate 2020: Why the Final Trump-Biden Showdown Is Worth Watching

Why Lindsey Graham Losing His Senate Seat Would Be a BFD

But before we get too far into the weeds, a quick primer for those of you who might have skipped civics class... or just nodded off at your desk.

What the Senate Does

The U.S. Senate is composed of 100 senators, two for each state. Until the ratification of the 17th Amendment in 1913, senators were chosen by state legislatures, not by popular vote. Since then, they have been elected to six-year terms by the people of each state. Senator’s terms are staggered so that about one-third of the Senate is up for reelection every two years.

By contrast members of the House of Representatives serve two-year terms and are considered for reelection every even year. In the 435-member House, Democrats are the ones defending the majority. Republicans currently hold 197 House seats and need 218 to win control. There are also four open seats that had been held by Republicans until they resigned and left office earlier this year.

The Senate has the sole power to confirm those of the president’s appointments that require consent, and to ratify treaties. There are, however, two exceptions to this rule: the House must also approve appointments to the Vice Presidency and any treaty that involves foreign trade. The Senate also tries impeachment cases for federal officials referred to it by the House and counts among its powers the the appointment of Ambassadors, other public Ministers and Consuls and Judges of the Supreme Court.

As we turn the corner into the election, Republicans currently only hold the Senate 53-47. Dems must gain at least three seats to win control, or four if Trump is reelected and vice president Mike Pence can break a tie.

Only one-third of the 100 Senate seats up are for reelection since senators serve six-year terms. This year, 35 Senate seats are up for grabs, and around a dozen GOP-held seats and two Democratic-held seats seem competitive.

Click here for a look at the key Senate races.

The party that wins a majority will not only dictate what policies the president can pass — on issues from climate change to health care and taxes — but also play a role in who he puts on federal courts. The current Republican-held Senate played a key role in confirming a wave of Trump's judicial appointments. (And in former President Obama's final term, it played a key role in blocking his.) Lastly, a Senate and House held by the same political party would finally mean a consensus on a next round of stimulus payments that have been stalled for months.

While the presidential election predictably sucks most of the oxygen out of the room, the importance of key Senate races hasn't been lost on the Democrats. Indeed just this week they unleashed one of their biggest political weapons, former president Barack Obama, who has been saturating the airwaves with commercials in states such as Maine, South Carolina, Michigan and Georgia where Senate seats are in play.

"In Maine you've got a big responsibility this year," Obama said in one such campaign spot. "Not only are you choosing who represents you in Washington, you can also determine which party controls the Senate."

Among the potential blue wave casualties is close Trump ally Lindsay Graham, who is who fighting for his political life against opponent Jamie Harrison. But Graham is far from alone. Senators including Martha McSally (R- Ariz.); Cory Gardner (R- Col); David Perdue (R- Ga.); Joni Ernst (R- Iowa) and Susan Collins (R- Me) all find themselves vulnerable, some unexpectedly so.

Even Senate Majority Leader Mitch McConnell, while unlikely to lose his re-election bid, is facing a stronger than anticipated challenge from Democrat Amy McGrath, who is flush with campaign cash as she enters the final days of her bid to unseat him in Kentucky. McGrath’s campaign-finance report showed she brought in $36.8 million from July through September. McConnell raised $15.6 million for the same period.

So what does it all mean in practical terms? For starters, if the Democrats had controlled the Senate during the impeachment hearings it is almost certain Trump would have been removed from office. And the current Supreme Court nomination hearings of Amy Coney Barrett? While Trump could have proceeded with the nomination, she would almost certainly have faced the same fate as Obama Supreme Court nominee Merrick Garland, who wasn't event granted a hearing.

Final note...A shift to mail-in voting is increasing the chances that Americans will not know which party won the White House on election night, Nov. 3., and it could also delay a final call on control of the Senate.