Trump has already pardoned a slew of longtime associates and supporters

Late at night as much of the nation slept, Donald Trump used the final hours of his presidency to pardon former chief strategist Steve Bannon, assorted rap performers, ex-members of Congress and other personal allies.

Trump has already pardoned a slew of longtime associates and supporters, including his former campaign chairman, Paul Manafort; Charles Kushner, the father of his son-in-law; his longtime friend and adviser Roger Stone; and his former national security adviser Michael Flynn. Here's a look at some of his notable last pardons.

A Timeline of Incoming President Joe Biden's Life and Career 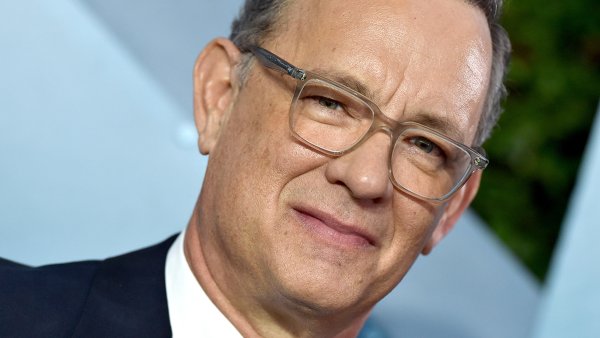 Bannon has been charged with duping thousands of donors who believed their money would be used to fulfill Trump’s chief campaign promise to build a wall along the southern border. Instead, he allegedly diverted over a million dollars, paying a salary to one campaign official and personal expenses for himself.

Bannon's pardon was especially notable given that the prosecution was still in its early stages and any trial was months away. Whereas pardon recipients are conventionally thought of as defendants who have faced justice, often by having served at least some prison time, Bannon's pardon nullifies the prosecution and effectively eliminates any prospect for punishment.

“Steve Bannon is getting a pardon from Trump after defrauding Trump’s own supporters into paying for a wall that Trump promised Mexico would pay for,” Democratic Rep. Adam Schiff said on Twitter. “And if that all sounds crazy, that’s because it is. Thank God we have only 12 more hours of this den of thieves.”

Lil Wayne, a Trump supporter whose real name is Dwayne Michael Carter Jr., pleaded guilty in December to a federal weapons charge after he carried a handgun from California to Florida on his private jet. Due to past felony convictions, Lil Wayne is barred under federal law from possessing firearms. The charge carries a maximum prison sentence of 10 years.

Kodak Black, whose legal name is Bill Kapri, was sentenced to 46 months in prison on federal weapons charges in 2019 after admitting that he falsified information on federal forms to buy four firearms. The rapper obtained three guns: a 9mm handgun, a .380-caliber handgun and a semi-automatic Mini Draco weapon.

"He is happy he will be able to see his son and his family thanks to the President communing his sentence of 46 months for a paperwork offense," Kodak Black's attorney Bradford Cohen said in a statement. "He appreciates President Trump for taking the time to recognize that he can contribute to society in a meaningful way."

Melgen was a Democratic donor and friend of Sen. Bob Menendez who was convicted of defrauding elderly patients on Medicare. Melgen stood trial with Menendez in 2017 when the pair faced corruption charges. That ended in a mistrial, but Melgen was convicted in a separate federal case of 67 crimes that included health care fraud, submitting false claims and falsifying records in patients' files.

Kilpatrick, the former Detroit Mayor, pleaded guilty to obstruction of justice and resigned from office as part of a plea deal in 2008 following a pay-to-play scheme in which Kilpatrick and his father took kickbacks and bribes to steer city business to certain contractors. He initially served 99 days in prison but then served an additional year for violating his probation and was released in 2011.