NBCLX is looking back at the most inspiring people we profiled this year as part of NBCUniversal News Group's Inspiring America series. The latest person we are recognizing is designer Tré Seals.

Tré Seals is a designer. But the fabric he works in isn't silk, wool or denim. Seals is the owner of Studio Seals and Vocal Type Co., the last Black-owned font foundry in the country. And the inspiration for his work comes from the very struggle of Black Americans from the early days of civil rights marches to calls for racial justice occurring today. Seals joined NBCLX to discuss his company and how he's making an impact one character at a time.

For his thoughtful and creative work to honor historic social justice movements, Tré Seals is the latest subject NBCLX is featuring as part of the NBCUniversal News Group's Inspiring America series.

Watch more uplifting profiles on "Inspiring America: The 2021 Inspiration List" on Saturday, May 1 at 8 p.m. ET/PT on NBC and Telemundo (Inspirando a América). 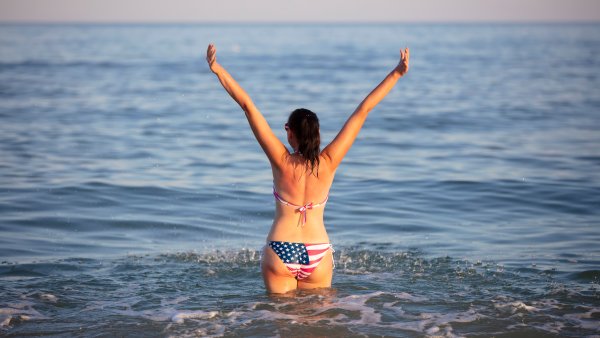 What makes your company unique?
Seals: We specialize in creating typefaces inspires by the history of minority cultures, specifically by focusing on progressive movements. So each typeface essentially highlights a piece of history from different minority cultures.

What was some of your first professional work?
Seals: The first font I ever made through Vocal was called "Martin." I call it a non-violent typeface. It was inspired by the protest signs carried during the Memphis sanitation strike of 1968. It was Dr. King's last cause before his death that year in April. The font itself is inspired by the signs that read "I am a Man," the famous quote, along with "Honor King: End Racism."

How do you compose your fonts today?
Seals: The first thing I do is try to figure out who I want to highlight. whether it's a specific race, movement or agenda. Then I try to find a specific activist or community leader to name that font after. Then I try to find protest signs that most people have a connection to. I want to focus on protest signs that maybe a hundred people carried.

What's the response been to your work?
Seals: People have actually designed protest sign generators using my fonts. People have made stencils and murals that read Black Lives Matter out of my fonts. And since the murders of George Floyd and Breonna Taylor and Auhmad Aubrey I was asked to design a poster with a manifesto by Patrisse Cullors of the Black Lives Matter movement for we transfer. The list goes on and on.

How did you get stated with this?
Seals: My journey began at the age of 4. It started with a headache, then the headaches became paralyzing. I had a brain tumor. And as I grew it grew with me until it became about the size of a golf ball. But through that ordeal drawing and writing became my only real means of working through the pain.