The International Olympic Committee touted that the summer games will be "the first gender-balanced Games in history.”

It may be hard to believe today, but women weren't even allowed to compete in the Olympic Games until 1900, four years after the first events took place. And even then only 22 out of 997 competitors were women. Flash forward to 2021 and this summer, for the first time ever, half of the postponed Tokyo 2020 athletes will be women and each of the 206 participating nations is expected to have at least one woman and one man representing their Olympic teams.

The International Olympic Committee touted that the summer games will be "the first gender-balanced Games in history.”

The calendar has flipped forward a full century from the first Olympic Games. But attitudes toward women who participate in sports have only shifted in recent decades as athletes like Katie Ledecky, Sue Bird, Alex Morgan, Florence Griffith-Joyner and Simone Biles became household names for excellence in their respective sports.

Gender inequality in sports was on full display just last month when the NCAA gave women's basketball players only a small rack of dumbbells during the March Madness tournament, while the men’s basketball players were provided with enough training equipment to start a commercial gym. The situation was eventually remedied, but it served as a reminder of a time, less than 50 years ago, when women were only allowed to play half of the court.

“It’s like running a mile race and you gave the men a ¾ mile head start,” Olympic weightlifting Bronze medalist Sarah Robles said in reaction to the discrepancy. “You can’t really say that women aren’t good or worthy of time and resources. We’re constantly playing catch up.” 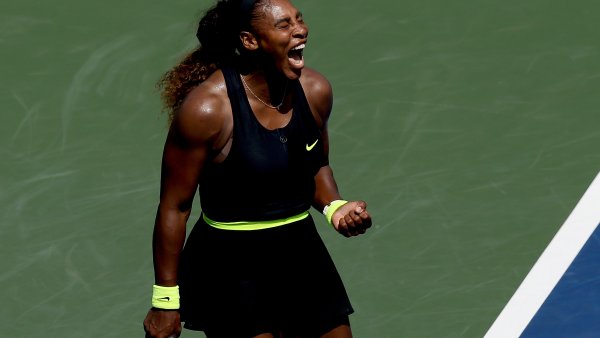 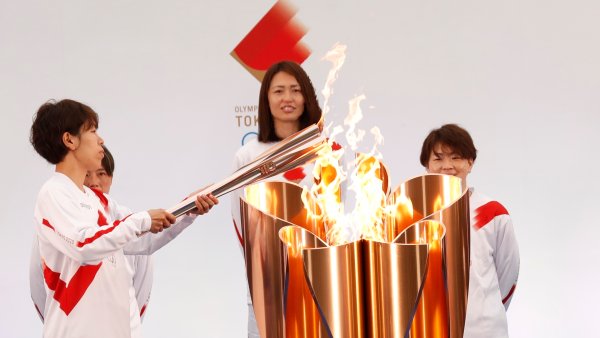 Here are some of the women athletes to show your support when the games begin on July 23:

Let's start with the obvious, shall we? Gymnastics is likely the most-watched event in the Olympics and at the heart of it is Biles. Already one of the most decorated athletes in the sport, with five Olympic medals (four golds and one and bronze) and the most world medals in U.S. history, Biles has four elements in the Women's Artistic Gymnastics Code of Points named after her and expectations are high. The 24-year-old is also one of the most outspoken advocates for reform following the revelations about decades of sexual abuse within USA Gymnastics, the sport’s governing organization.

Brooke Raboutou, a 20-year-old from Boulder, Colorado, was the first woman to qualify to compete in Sports Climbing for Team USA. This summer will be the first time the sport is added to the Olympics and Raboutou was born ready. She’s the daughter of two climbing world cup champions, Robyn Erbesfield-Raboutou and Didier Raboutou, and she began climbing when she was just 1 year old.

Another athlete to watch in a new sport being added this summer is surfer Carissa Moore. The 28-year-old surfer from Honolulu, Hawaii, is a 4-time world champion and has either taken home the gold or third place in the Women's Championship Tour nearly every year since 2010, with the exception of 2017 when she placed fifth. Moore’s father taught her how to surf when she was just 5 years old and she has racked up an unprecedented number of 11 national titles.

Also representing Hawaii this year at the Olympics is Sakura Kokumai, the first American to qualify for Karate. The 27-year-old has been representing Team USA since she was just 14 years old but this is the first time Karate is being competed in the Olympic Games. Karate is often thought of as a form of combat but Kokumai won’t be sparring with opponents because she specializes in kata, which is a series of choreographed karate techniques that is performed by a solo athlete.

Skateboarding is making its debut this year at the Summer Olympics and Brighton Zeuner will be one of the women representing Team USA. Her journey to Tokyo seems only natural after she became the youngest gold medalist at the X Games in 2017, winning the women’s park the day after she turned 13 years old. Zeuner, who began skating with her family when she was just 4, didn’t stop there. She took the title again the following year and became the youngest to win back-to-back. Now the Scottsdale, Arizona, native will get to compete for the first Olympic gold in skateboarding at just 16 years old.

Simone Manuel made history at the Rio 2016 by becoming the first Black woman to win an Olympic gold medal in swimming for Team USA. Since then, she has not only improved her freestyling speed but she co-founded a media company with three other U.S. Olympians, Sue Bird, Alex Morgan and Chloe Kim, to highlight stories about women in sports. The 24-year-old from Texas is expected to excel in the 50m and 100m freestyle individual events this year.

The U.S. women’s soccer team is home to some of the best players in the world and 25-year-old Rose Lavelle from Cincinnati, Ohio, is hoping to join the likes of Alex Morgan and Megan Rapinoe in her first Olympics. As a midfielder, she played a key role in helping the team win the 2019 FIFA World Cup, and she was awarded the Bronze Ball that year while Rapinoe received the Gold Ball.