The Minneapolis police officer was tried for the May 2020 killing of George Floyd, a Black man whose death under his knee sparked international protests.

Almost a year after the world watched George Floyd die under Derek Chauvin's knee, jurors found the former police officer charged with his murder guilty on all charges Tuesday.

After days of tension across the country, with Americans braced for more outrage in the streets, the faces in a crowd that gathered outside the Minnesota courthouse showed relief as Chauvin was found guilty of second-degree unintentional murder, third-degree murder and second-degree manslaughter.

The raw emotion was seen across the country. In New York City, a woman leaned out her window playing a tambourine, saying "he's guilty on all three!" 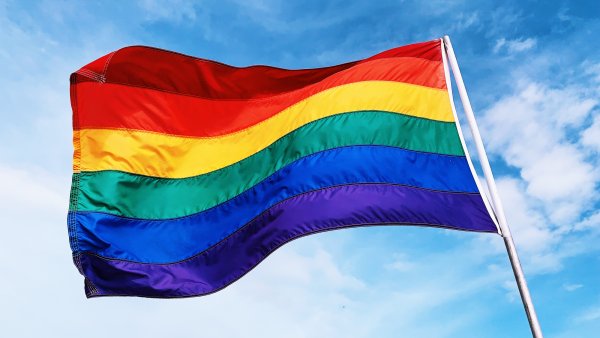 And an activist shared a similar emotion outside the Hennepin County courthouse in Minnesota, where jurors delivered the verdict.

"It finally feels like the smoke has cleared just a bit enough to take a deep breath," she told NBC News.

Terrence Floyd, George Floyd's brother, saw the court proceedings as a test of our criminal justice system, he told news cameras before the trial.

After the verdict, Rodney Floyd, another of Floyd's brothers, reflected on the rarity of a conviction for a death in police custody, saying "no family in history ever got this far."

Outside the Hennepin County Government Center and courthouse, protesters had chanted "Black Lives Matter" as they awaited the verdict.

And columnist Eugene Robinson told NBC News' Lester Holt that for many Black men the decision felt personal. "Could it have been me? Could it have been one of my sons who found themselves in that situation?" he asked. "It really does symbolize so much about this country's 400-year struggle with race," as well, he added, of a "refusal to grapple with the reality of systemic racism, especially in policing."

After protesting the killing of George Floyd in May 2020, activists are watching the trial of Derek Chauvin, the former Minneapolis police officer charged with Floyd's murder. Organizers Nupol Kiazolu and Dominique Liu-Sang spoke with LX News.

In the final days of the trial, the nation was again confronted with the death of a Black man at the hands of police: Daunte Wright, in Brooklyn Center, Minnesota, not far from Minneapolis. In addition, video from a December incident also emerged showing an officer pointing his gun and pepper spraying Army Lt. Caron Nazario.

Political commentator Marc Lamont Hill didn't watch the Daunte Wright video at first. It was more trauma on top of what he was already feeling.

"After watching a military officer be harassed and pepper sprayed...after watching a week of the Chauvin trial where they attempted to criminalize everyone except Derek Chauvin, I needed to take a minute before I watched the video....quite frankly, it's trauma."

"I pace myself. I say, how much can I take today? How much Black death can I stomach in one moment? And I try to do other things, I try to find Black joy. I try to find moments where people aren't just being killed, but creating peace and justice."