Serving in Silence: Survey Shows Only One Dishonorable Discharge for Sexual Assault in the National Guard

What happens to those accused of rape or sexual assault in the National Guard varies dramatically depending on what state you work in.

Those who served in California or Idaho faced punishments including a court martial, incarceration and dishonorable discharge. But if you served in states including Alabama, New Jersey or West Virginia, you more likely ended up with a letter of reprimand, according to a groundbreaking survey compiled by the News4 I-Team.

The National Guard is unlike any other branch of the military. Serving as the state militia, the governor is the commander in chief, not the president. During wartime or when they are sent overseas for a federal mission, guardsmen become federalized under Title 10 and receive all the benefits and protections offered by the U.S. Army or Air Force.

But for most of their career, those who serve in the National Guard are Title 32 employees, meaning they follow state law and not federal statute. As the News4 I-Team has revealed, recent reforms by Congress to combat sexual assault for those on active duty do not necessarily apply to those in the National Guard. 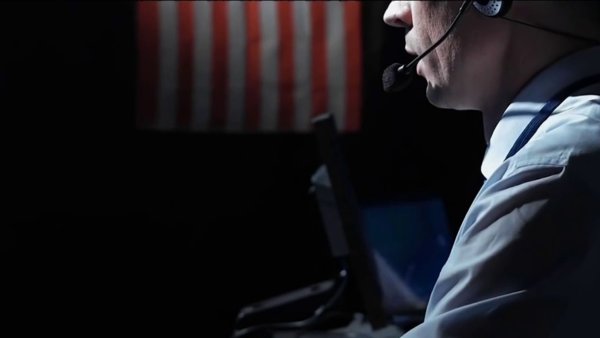 As part of our investigation into sexual assault within the National Guard, the News4 I-Team sent a survey to every Guard unit in the nation, including all 50 states, as well as the District of Columbia, Guam, Puerto Rico and the Virgin Islands. We received responses from 40 out of those 54 units, giving us the first publicly available numbers on what happens to those accused of raping or sexually assaulting their fellow service members.

We found 28 out of the 40 states have the ability to conduct a court martial or the equivalent of the federal Article 32 hearing. Only six (Arkansas, California, Louisiana, North Carolina, South Carolina and Wisconsin) have held a court martial in the last five years to specifically investigate an allegation of sexual assault.

Of those who responded, only Idaho said it’s issued a dishonorable discharge as a result of a sex crime. Arkansas, California and Massachusetts are the only states who told us they incarcerated or confined an alleged offender.

Many states told us they do not have these options because their state uniform code of military justice, or UCMJ, only allows them to court martial a service member for crimes like "conduct unbecoming" and specifically bars them from using a court martial to investigate rape, murder and other serious crimes.

Just 15 out of the 40 states said they have a specific sex assault statute in their state code.

The vast majority of states, 35 out of 40, told us they must rely on civilian law enforcement to conduct a criminal investigation and their civilian court system to try the case.

As a result, 25 of the responding units say they rely on other types of discharge, mainly "Less than Honorable" or "General." A handful of states told us they've used "Bad Conduct" or "Discharge for Misconduct" as well as removing a service member from Federal Recognition or the “Active, Guard Reserve” or AGR Program.

More than two-thirds of the responding states told us they issued "letters of reprimand" for sexual assault. Other types of administrative punishment included reduction in rank, baring re-enlistment, Article 15 investigations and "separation for conduct alleged."

Throughout our reporting, rape survivors told us their alleged attacker was "forced to retire" or "forced to resign." In our survey, six states said they forced this type of punishment on an offender. Four states said they "forced a resignation in lieu of" other criminal or administrative action. But many units told us they can't "force" someone to retire or resign because it is an inherently voluntary act

Many states told us they have recently updated their UCMJ or state laws to reflect recent changes to the federal UCMJ. Seven states say they're currently pursuing changes to their local laws to either create a state UCMJ or incorporate a sex assault statute.

But some units haven't updated their local UCMJ in decades. Puerto Rico’s last update was in 1976. Rhode Island’s UCMJ hasn’t been updated since 1965. Alaska’s UCMJ was last updated more than 50 years ago, but told us it is “currently working on revising and updating” its laws to bring them up to modern standards.

New Jersey pointed out it doesn't have a state level UCMJ and told us "there has been much discussion" about whether it should adopt one.

One of our final questions in the survey asked each Guard unit what they would like the National Guard Bureau, Congress or their state legislature to do to help them combat sexual assault. 17 units responded to this question.

Rhode Island, for instance, told us it wanted "Army's [Criminal Investigation Command known as CID] expanded to allow them to investigate crimes committed by Soldiers on a Title 32 status."

Massachusetts suggested, "Organic law enforcement assets and the federal UCMJ being extended to the National Guard when operating pursuant to Title 10."

Arkansas told us it wants to create a colonel-level slot for a "military judge" and "National Guard version of CID."

Texas told us, "Mandated programs lack the associated funding, both for training and overhead requirements, to fully manage the programs." Texas put it bluntly, "The National Guard's allocation from [the Department of Defense] for these programs does not adequately sustain specific requirements."

Here are links to all the survey information from the states that responded to our survey: