The force Park Police officers have used against protesters could cost the agency its working relationship with some local police departments. In a statement to News4, Metropolitan Washington's Council of Governments confirms it is now planning to review the regional mutual aid agreement which governs those relationships.

"Mutual aid among local, state, and federal public safety agencies is critically important in order to share resources across borders to respond to emergencies," said a COG spokesperson, adding that the "agreements are based on trust  amongst the parties, which is essential in emergency situations."

But a dozen Northern Virginia legislators have suggested the  U.S. Park Police cannot be trusted, signing a letter calling for leaders in  Fairfax County, Arlington County and the City of Alexandria to terminate mutual aid until the federal officers complete diversity and  de-escalation training and improve transparency.

"The United States Park Police has really become kind of a rogue agency that  doesn't have a lot of accountability, transparency, and  doesn't follow the values that our community here in Northern Virginia practices," said State Senator Scott Surovell, who drafted the letter. 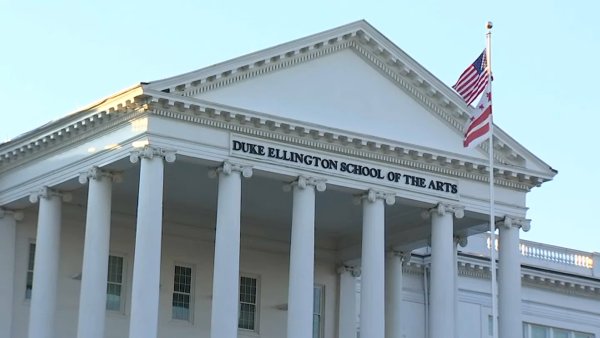 On June 1, protesters calling for police reform and restraint were faced with some of the very actions they're fighting to stop. Park Police officers used rubber bullets, pepper balls and shields to clear the street near Lafayette Square, so the President could walk to St. John's church for a photo opportunity.

"To me, that was just disturbing, that we're still engaging in those kinds of practices on people engaging in their lawful right to protest," Surovell said.

Surovell said he became even more upset when he saw officers from Arlington County's Police Department participating in the operation.

"As soon as I heard it, I said, 'Yes, get them out of there,'" said Arlington County Board Chair Libby Garvey, "Our police chief said to us, 'In my 40 years, I've never seen anything like this.'"

Garvey said the officers were in the District as part of a mutual aid agreement that exists across the region, usually for large-scale events like inaugurations or Fourth of July.

"This region depends on mutual aid agreements," Garvey said. "For example, on 9/11, all kinds of folks came to help us out- and we needed it."

The letter from legislators cites several prior Park Police incidents, including the case of Bijan Ghaisar, an unarmed driver shot 10 times back in 2017.

"This an agency right now that practices without body cams or dash cameras," said Surovell. "They basically operate by police standards that are about 30 years old."

But she says Arlington will ask more questions about assignments before committing to aid in Park Police operations.

"It's not my role to tell the Park Police what to do, but we're going to be careful about, you know, we're going to scrutinize how and when we provide aid," said Garvey.

The News4 I-Team reached out to the U.S. Park Police multiple times to ask whether the agency would commit to any of the training requested in the letter, or for comment about the Council of Governments plan for review. The agency's spokesman did not respond. In an earlier statement, he defended the officers’ actions in Lafayette Square, saying they were protecting life and property.

"It was the Park Police guilty of the greatest, basically, crimes against peaceful protesters," said Congressman Don Beyer, who represents Arlington, Alexandria, Falls Church, and parts of  Fairfax County.

Beyer believes Congress may have better leverage since it has control over purchasing and other federal law enforcement policies.

"Congresswoman Eleanor Holmes Norton and I have been working for a couple of years on a bill to require body cameras on all federal law enforcement officers. And that's going to be in the justice and policing bill that we pass on Friday," Beyer said. "So that, right away, will be a step in the right direction."

In response to the  legislators' letter, Alexandria Mayor Justin Wilson wrote that the city's police chief declined a Park Police request to assist in Lafayette Square on June 1, because he wanted to keep resources with the city at that time, and he "was concerned about the stated mission of the mutual aid request and some issues related to command/control."

Fairfax County's Board of Supervisors Chairman Jeffrey McKay wrote, "we have not and will not be supporting requests made by the  USPP or other federal agencies until we have assurances that our officers will not be used... to oppress peaceful protests or in political stunts."

Both leaders asked for the Council of Governments review of the mutual aid agreement, which will be taken up by the Police Chief's Committee next month, according to a COG spokesman "to ensure it accurately addresses the interests and policing protocols of the jurisdictions in the region."