Priest Among McCarrick Accusers in Lawsuit Filed Against Vatican

A sitting priest is among the four accusers in a new sexual abuse lawsuit filed against the Vatican this week.

Attorney Jeff Anderson, who represents the men, says it's the first time an active clergy member has sued the Holy See regarding abuse.

The allegations against now-defrocked Cardinal Theodore McCarrick stem from his time leading the church in New York and New Jersey, prior to his promotion to cardinal and transfer to Washington, D.C. Multiple plaintiffs, including the priest, say they reported abuse in the 1990s prior to that promotion.

The three remaining men say the abuse by McCarrick happened when they were teenagers. None of the plaintiffs is identified by name in the new lawsuit. 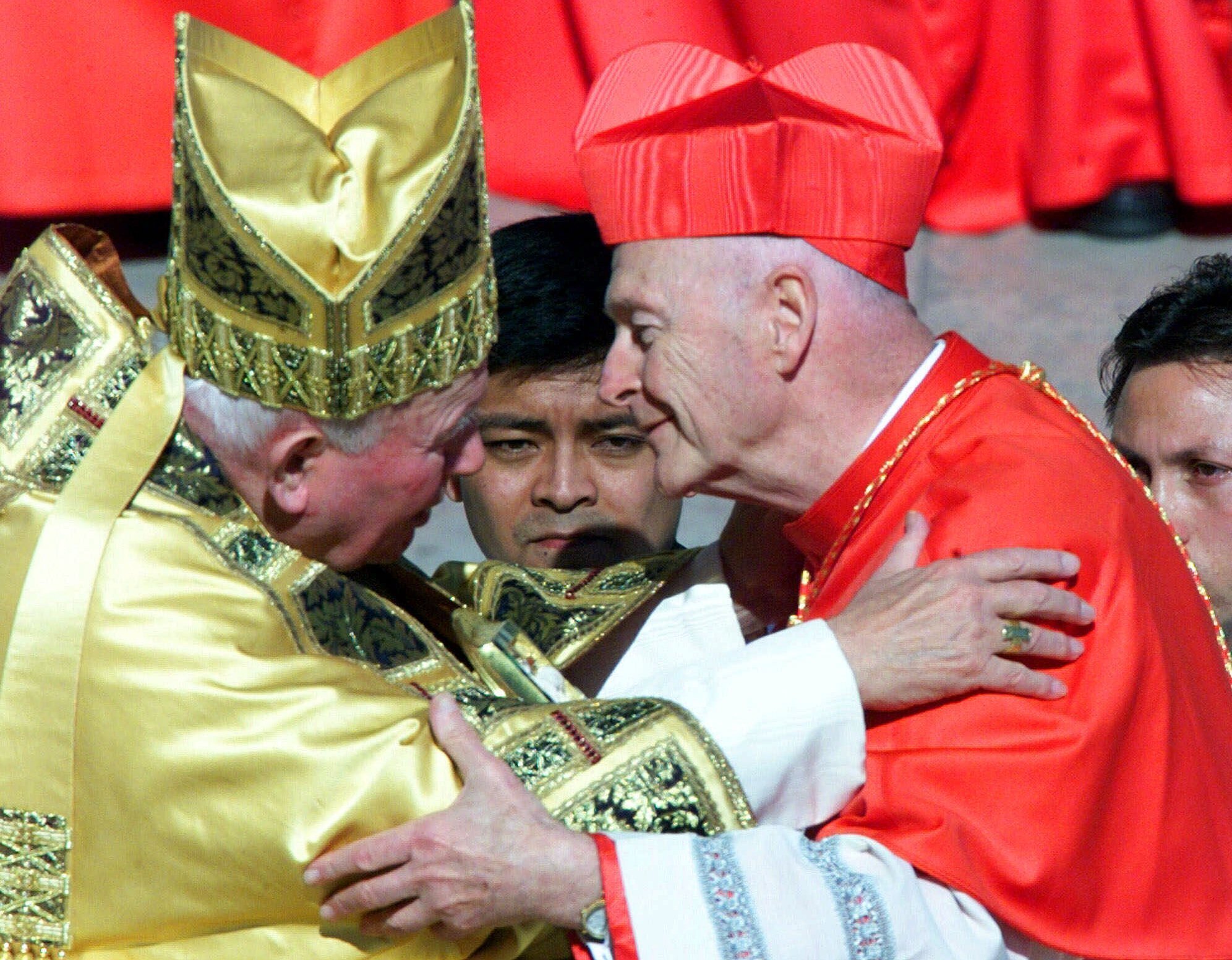 Anderson says all four plaintiffs were part of the investigative report released by the Vatican last week. Now he's calling on the pope to end the culture of secrecy that allowed abuse to continue.

“Until there is truth, transparency and accountability, there can be no reconciliation, and the wounds inflicted upon so many for so long will continue,” said Anderson during a news conference Thursday.

He implored the church to release all of its documentation relating to investigations of any abuse by clergy over the years.