Police Searches of Suspects Under Scrutiny Amid Complaints of ‘Sexual' Assault

Mbalaminwe “M” Mwimanzi said he was watching television at a friend’s house in January 2019 when officers with the Metropolitan Police Department burst in, searching the premises for drugs.

He said they searched him, too, and found nothing. But the District man said the third and final search of his body, over his clothes but in his genital area, was akin to a “sexual attack” that sent him to the hospital.

"He placed his hands between my legs, jabbing his fingers; striking my testicles,” Mwimanzi said of the officer who conducted the search in question. “It was very, very painful. It was very, very humiliating.” 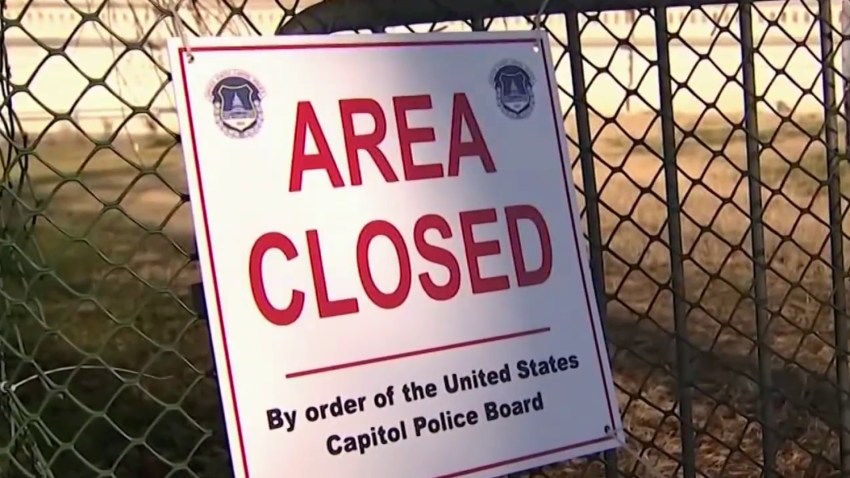 The News4 I-Team found he’s among at least a dozen people who have filed complaints in recent years against MPD officers for body searches they say went too far, with many of them alleging officers wrongly and invasively probed their genital areas.

What’s more, the I-Team found questions about whether the department’s guidelines for searching methods are sufficiently clear, despite a recommendation last year for MPD to beef up training and clarify its search procedures.

At issue are “field searches,” which according to MPD policy typically happen while taking a suspect into custody in order to check for contraband, such as weapons or drugs. According to MPD’s general orders, officers conducting a field search should “pat down and visually inspect the prisoner, paying particular attention to all areas where contraband may be hidden,” including the "crotch area."

But the general order does not specify exactly what the “crotch area” entails. Critics of the policy say it gives officers wide latitude in how they search a suspect’s private areas and that some officers wrongly perform those searches even when a suspect is not being taken into custody.

"All of them feel like their manhood has been stripped of them,” said Michael Perloff, an attorney with the American Civil Liberties Union, which has represented multiple people who say they were subjected to the allegedly invasive searches.

The ACLU is now representing Mwimanzi, who was not under arrest at the time he was searched and has not been charged in connection with the incident. MPD policy on search warrants does allow for searching people under certain circumstances, but Perloff said he doesn’t believe what happened to Mwimanzi was lawful.

“You're seeing people who are being violated in the most personal way,” Perloff said, adding: “These searches are exceeding what's reasonable, and that means they are not constitutionally allowed.”

MPD declined an interview with News4 but pointed to the aforementioned existing policy on field searches, with a spokeswoman noting they are conducted on people in MPD custody and are “distinct from protective pat downs,” in which an officer who has reasonable suspicion that a person might be armed can frisk a suspect.

During a city council oversight hearing Thursday, MPD Chief Peter Newsham said while the searches are sometimes necessary to ensure a person is not carrying a weapon, he acknowledges some people could find them “invasive.”

He told Councilman Charles Allen, who inquired about the I-Team’s findings, that while the training officers receive is more specific than department policy, he’s willing to look at whether the written guidelines need improvement.

“The procedures that we use for conducting protective pat-downs and more invasive searches should be spelled out very clearly to our officers,” Newsham said, adding that the searches, whenever possible, should be conducted in private.

Newsham added that, while the searches may be legally necessary if an officer has probable cause, he doesn’t want to “humiliate somebody by a public search.”

In a court filing, the District has denied Mwimanzi’s allegations of wrongdoing and wrote the officer’s search of Mwimanzi was “proper.”

Newsham has fired at least one officer, however, for conducting what he has called an inappropriate search.

LoJacono said MPD cleared him of any wrongdoing relating to his search technique but that he was reprimanded for failing to arrest Cottingham for possession of an open container of alcohol. Cottingham later sued the District and settled for $100,000.

Once LoJacono came under scrutiny for his handling of the Cottingham case, the department reviewed the footage from other searches he conducted that day and eventually fired him for a separate search in which the subject had not filed a complaint.

In that case, body camera footage obtained by the I-Team shows LoJacono repeatedly moving his hands in the area between the suspect’s buttocks.

The former officer testified — and maintained in a recent interview with News4 — that he performed both searches in the way he was trained by higher-ups at MPD’s Narcotics and Special Investigations Division.

“I don't take pleasure in it,” he told the I-Team. “I'm just doing what I've been trained to do.”

LoJacono said the searches are critical for ensuring officer safety and to prevent weapons or drugs from entering jail facilities. What’s more, he said he performed a similar search of suspects “hundreds” of times during his years on the force, some of which he said had been investigated and cleared.

“The message that the department was sending was very inconsistent,” he said.

At LoJacono’s disciplinary hearing, a former MPD sergeant who was then serving as a civilian supervisor, testified he had trained other officers to perform searches in the same manner. That officer, J.J. Brennan, told News4 he was fired as a result of his testimony.

But in a May 2019 letter upholding LoJacono's termination, Newsham flatly dismissed LoJacono’s claim that he had been trained to perform “invasive” searches while serving on the force.

The general order “requires members to pay special attention to areas where contraband may be hidden, including the crotch area,” Newsham wrote, continuing: “However, it does not permit the repeated aggressive manipulation of a subject’s genitalia or anus area.”

LoJacono’s actions, Newsham wrote, “highlight how the mistreatment of one subject can deteriorate the Department’s relationship with the entire community, particularly as amplified through social media.”

In a memo from MPD’s Disciplinary Review Division, in which the majority of the panel recommended LoJacono’s termination, some members wrote that while there was “no evidence” that “improper and intrusive searches” were common within MPD, “there is clearly a level of misunderstanding” of the general order governing the “searching of prisoners among several of those that testified.”

The panel recommended the Metropolitan Police Academy create an online training module about the general order in question for the “entire department to complete” and for members of the NSID unit to receive additional training on searches of prisoners.

MPD declined to say what, if any, additional training officers have received on searches in the wake of the LoJacono case.

But MPD Sgt. Charlotte Djossou, who recently appeared before the city council as a whistleblower regarding other department practices, told the I-Team she believes additional training and clarification on searches would be worthwhile.

Djossou said officers received guidance on search techniques in February, including what she called a new directive that they should inform a suspect which areas they will be touching during a field search.

The News4 I-Team has found at least 11 people filed complaints about allegedly sexually invasive searches with D.C.’s Office of Police Complaints in 2018 and 2019. The complaints involve at least 18 different officers.

Nine of the complaints were provided to News4 through an open records request, while the I-Team found an additional two that OPC confirmed were not initially provided to them by MPD, as required.

In one complaint filed in February 2018, a man accused an officer of "digging in his private area." In a citizen complaint over an August 2018 incident, a man told officers he wanted to go to the hospital “because he felt light-headed from being ‘sexually violated’ after an officer squeezed his testicles.”

None of the complaints, however, have resulted in officers being found to have conducted invasive searches, according to OPC Director Michael Tobin. He said he had to dismiss several of the accusations for procedural reasons and that some officers were disciplined for reasons outside of an invasive search. Tobin added that, even with body-worn camera footage, it’s often hard to see precisely what an officer’s hands are doing during a search.

Still, given the complaints and that some officers have testified they were trained to aggressively search a suspect’s private areas, Tobin said there may be a need for more “uniform training” on proper search techniques.

Tobin said his office is conducting an “independent review” of the Narcotics and Special Investigations Divisions and that allegations of improper searches will be part of it.

The goal, Tobin said, is to refer any findings to MPD “so that they can adjust their policies and procedures and conduct policing in a manner that is conducive to improving community trust.”

Reported by Jodie Fleischer, produced by Katie Leslie, and shot by Steve Jones and Evan Carr.