The increases in potentially dangerous driving incidents occurred at a precarious time for law enforcement agencies, as some experienced staffing shortages or quarantines due to COVID-19

Despite stay-at-home orders and the reduction of restaurant dining and bars, some serious traffic violations increased in some local communities during the pandemic.

A News4 I-Team review of police data from nearly a dozen major local police departments shows arrests for driving under the influence remained at — or exceeded — pre-pandemic levels throughout 2020 and early 2021.

The review found citations for speeding also continued at steady levels through 2020 in much of the Washington, D.C., area, despite the dramatic reduction in traffic amid the spread of COVID-19. Multiple police agencies also reported increased incidents of street racing and dangerous driving incidents during the latter half of 2020 and early 2021.

Safety advocates said the open roads created by the pandemic might have contributed to unsafe and unruly driving. 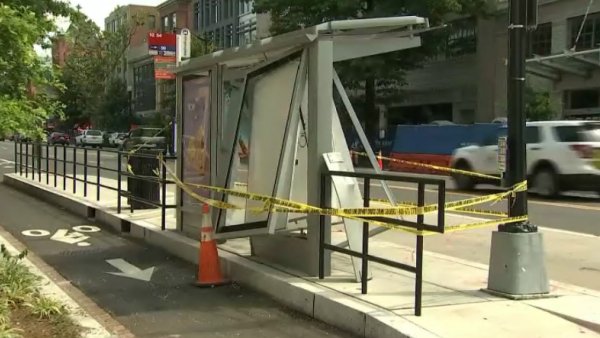 Stimson said the persistence of dangerous driving could be a result of a combination of “speed, the open roads and the unfortunate reality that law enforcement was pulled in multiple directions during this unprecedented time."

Though traffic volume and overall police-issued traffic violations plummeted in most of 2020, DUI arrests picked back up again in Arlington, Montgomery, Prince George’s, Prince William and Fairfax Counties after a slight drop in the early months of the pandemic.

Data reports obtained in public records requests by the I-Team show DUI arrests rose above pre-pandemic levels by summer 2020 for Maryland State Police, with almost 2,000 in June to August.

In Loudoun County, the sheriff said street racing became more prominent amid the COVID-19 pandemic and the lighter traffic on county roads. Loudoun County Sheriff Mike Chapman said the agency maintained its traffic enforcement at pre-pandemic levels during the peaks of the spread of the virus.

"We didn't stop any enforcement, and we didn't slow down anything that we were doing," Chapman said.

Montgomery County Council chairman Tom Hucker told the I-Team the county also experienced an increase in street or drag racing during the first year of the pandemic. Hucker said, “What we saw was once traffic dropped off, there was an epidemic of reckless driving, drag racing, racing through neighborhoods."

The I-Team’s review found speeding citations not only persisted, but exceeded pre-pandemic levels in mid-2020 in some communities.  Maryland State Police data show speeding violations jumped nearly 40% from February to May 2020.   Arlington County’s reports showed a 7% increase in speeding from February to October 2020.

The increases in potentially dangerous driving incidents occurred at a particularly precarious time for law enforcement agencies, as some experienced staffing shortages or quarantines due to COVID-19.

A Montgomery County Police spokeswoman said, “The department has concentrated on violations that contribute to serious/fatal collisions, to include speeding, impaired driving, occupant protection, distracted driving, and pedestrian activity. Emphasis was placed on major arterial roadways. It’s worth noting that the annual Montgomery County Department of Police Impaired Driving Holiday Task Force produced a comparable level of activity as it had in years.”

Stimson, the Mothers Against Drunk Driving official, called the I-Team’s findings “alarming.” Stimson said the court system and prosecutors need to vigorously prosecute those arrested for driving under the influence or reckless driving to send a message of deterrence.