A former student from Duke Ellington School of the Arts is suing the school; the Washington, D.C., school district; and the man she says sexually abused her while he was her teacher. The lawsuit was unsealed in D.C. Superior Court Friday.

"I felt the need to protect as many future students as possible," she told the News4 I-Team.

In a series of investigative reports that aired in January, the young woman revealed allegations that her writing teacher groomed her for a multi-year sexual relationship. The I-Team also located a second student with a very similar account from nearly a decade later. Both women said the school and school district failed to protect them. 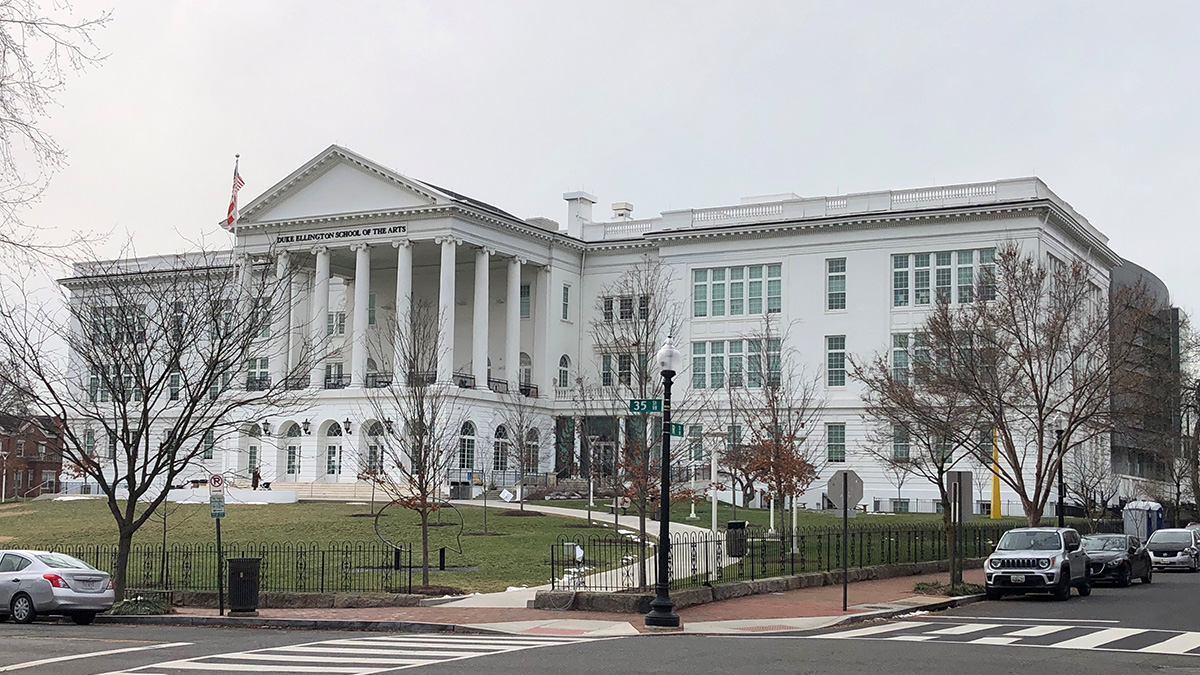 The plaintiff, now 34, says she wants to make Duke Ellington School of the Arts a safer place and hold its leaders accountable for sexual abuse she says began her senior year, in 2004, and continued well into college.

The school placed her writing teacher, Mark Williams, on administrative leave and reported him to the school district and police, but he was never charged with a crime and was allowed to return to the classroom.

"The school should have done so many things," said the woman, now referred to as "Jane Doe" in the lawsuit, remaining unidentified as an alleged victim of sexual abuse.

She told the I-Team she asked to be removed from the writing program during the final semester of her senior year. Instead, she was forced to continue attending Williams's classes, in the Literary Media department he ran. She said it was no secret she was the reason he'd been placed on leave.

"The hostility between me and other students and teachers had grown so much that it was extremely uncomfortable to be in those classes," she said.

Her attorney, Dawn Jackson, said school leaders and the school district failed to adhere to Title IX, a federal civil rights law that requires specific action when sexual abuse is alleged. The lawsuit says the encounters happened both on and off school grounds.

"If you're an administrator and you know this sexual behavior, inappropriate behavior with one of your teachers is going on with students, you have a duty to protect the students and not the administration," Jackson told the I-Team.

The lawsuit cites several details first revealed by the I-Team investigation, including the public school's "unique relationship" with the school district, which allowed Williams to remain unlicensed despite teaching there for 18 years.

Plus, the district maintained no personnel file or record of investigating Williams because he was an employee of the school, not DCPS. A plan is now in the works to change that structure and have the school district assume full operation of the school, instead of the private non-profit board that's governed if for the past 20 years.

The lawsuit also references the school's recent acknowledgment that it "failed to keep any HR records" prior to 2017.

"I do believe that there's been a cover up at Duke Ellington," Jackson said.

Williams resigned his position with the school in 2019 while under investigation for similar allegations involving a second student. She is not mentioned in the lawsuit, although she told the I-Team she believes she would not have been abused had the school handled the earlier case differently.

The plaintiff says she still struggles with having protected Williams in 2004 by remaining silent.

"I lost myself completely. I lost my identity in whatever ‘us’ was," she said.

Williams did not return the I-Team's repeated calls or emails requesting comment about the allegations.

The school district declined to comment on the pending litigation but previously told the I-Team the school has enacted many changes to improve procedures since these allegations.

A spokesperson for the school said in a statement to the I-Team that “Duke Ellington School of the Arts denies any wrongdoing and will vigorously defend itself in this case.”

Jackson said she hopes any other students who had inappropriate encounters with Williams will come forward, as her client now has.

"She is still suffering to this day. She is unable to have relationships. She's unable to trust people of authority," Jackson said.