Amid the scramble for COVID-19 vaccines last spring, data show more than 500,000 people in D.C., Maryland and Virginia crossed jurisdictional lines to get their shot.

But the News4 I-Team found that, for many, doing so has made it tougher to find official records of their vaccinations beyond the paper card they were handed at the time of their shot.

What’s more, because a person’s immunization is typically recorded in the state where it was administered — and not where the person lives — health officials may not know when a resident was vaccinated elsewhere. Experts say that could lead to an undercount in vaccination totals and breakthrough cases. 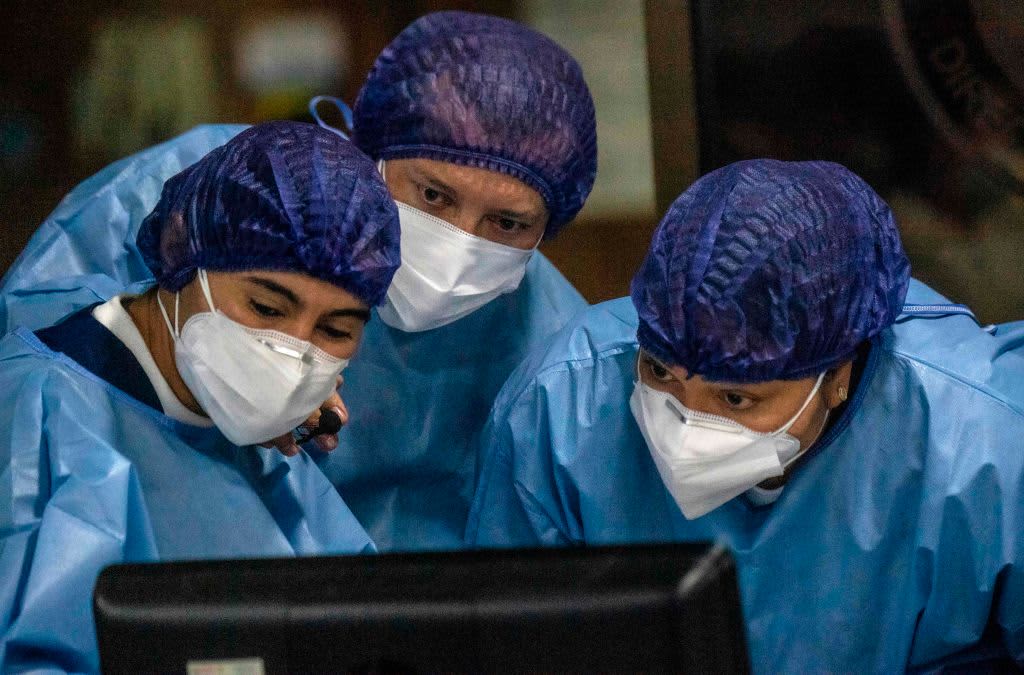 Fully Vaccinated People Are Still Getting Infected With Covid. Experts Explain Why

“That is something that a lot of states are kind of battling,” said Sarah McKee, senior product manager at STChealth, a healthcare data exchange company.

“A lot of our public health folks and a lot of states were so focused, as they should have been, on the need to get the vaccines out and get them into arms …  it’s been a little bit of a scramble now that people need [their vaccine] information,” she said.

STChealth is behind a system called MyIR, an abbreviation of “my immunization records,” that allows users in participating states to locate their official vaccination records. So far, D.C., Maryland, Arizona, Louisiana, Mississippi, North Dakota, Washington state and West Virginia have signed up, with Tennessee and Puerto Rico set to join.

The head of MyIR told the I-Team his company is working to make record sharing between jurisdictions easier, so that people who were vaccinated across state lines in the participating states can find their official records. For example, a Maryland resident who was vaccinated in the District can register and have MyIR help locate their records.

Michael Popovich said he hopes more states will follow suit but acknowledged bureaucracy and privacy concerns can slow down that process.

"It just needs policy and turning on technology, which is in place, to make these things happen,” he said. “It's both exciting and frustrating for us.”

In addition to MyIR, Maryland's Department of Health told the I-Team it has developed a separate real-time data exchange with Delaware, but it still has no system in place for other neighboring states like Virginia or Pennsylvania.

A spokesman said residents who locate their own records elsewhere can voluntarily upload them in Maryland's online ImmuNet system themselves.

In the District, however, there is no way for residents to input their own records. And on Tuesday, the head of DC Health called for states to do a better job of sharing data so that residents can more easily access official records.

“It is incumbent upon the jurisdictions to share data with each other,” said DC Health Director Dr. LaQuandra Nesbitt. “That sharing is better with some jurisdictions than with others.”

Nesbitt said a “substantial” number of D.C. residents received their shots outside the District or from a federal entity. As a result, “We often lack the identifying information that is necessary for us to validate the resident's status in our immunization information system.”

DC Health officials say residents who crossed state lines to get vaccinated and now can't find their records in the District's MyIR system can share their COVID-19 vaccine card with a local healthcare provider, who can then upload them into D.C.’s registry.

Virginia does not participate in MyIR, though anyone who received a vaccine in the commonwealth should be able to locate their records on the state’s “Vaccinate Virginia” website and take it to their individual healthcare provider, if desired.

As of now, Virginia is only exchanging records with Tennessee, Virginia Department of Health Director of Immunization Christy Gray said. The commonwealth plans to join a different federal system by this fall, she said, but is working with D.C. and Maryland to try to share vaccine data with them sooner.

“We are working with them to discuss that feasibility and make that happen hopefully beforehand,” she said.

In addition to accurately tracking vaccination or breakthrough case rates, Gray said knowing who is or isn’t vaccinated is key to identifying areas that may need targeted resources.

“What we really want to know is: Where are the gaps in Virginia? Where are the people who haven't gotten vaccinated? Is there an access issue there? Is there a vaccine hesitancy issue?” Gray said, adding, “Having all the data into the system allows us to know where those gaps are.”

Many people across the region received their COVID-19 vaccines through a pharmacy and should be able to access their official record on the respective company’s website.

Experts told the I-Team that — regardless of whether someone wants to upload their records to their respective jurisdiction — it’s important for them to keep their vaccine cards safe and download their official records where they can, especially as more businesses began demanding proof of vaccination.