Though federal authorities have arrested more than 200 people on charges related to the Jan. 6 riot at the U.S. Capitol — an unparalleled criminal event in modern history that’s led to the second impeachment trial of former President Donald Trump — only a small percentage of riot defendants are being kept in custody before trial.

A News4 I-Team analysis of court records finds that, out of 200 cases filed by early February, roughly 15 percent of those arrested so far have been ordered held pending trial. That number could change as more cases are filed. The vast majority have been released across the country on personal recognizance, bond or special conditions.

The handling of these defendants by prosecutors and judges is raising concerns about a racial double-standard in pretrial detention orders, as the majority of those arrested in the insurrection are white.

“This is the root of institutionalized racism that many of us have been talking about for decades,” said Ron Moten, a Washington, D.C., community activist who served federal prison time in the early 1990s on drug charges. “These people come and do things that are detrimental to our national security and democracy — and they’re released.” 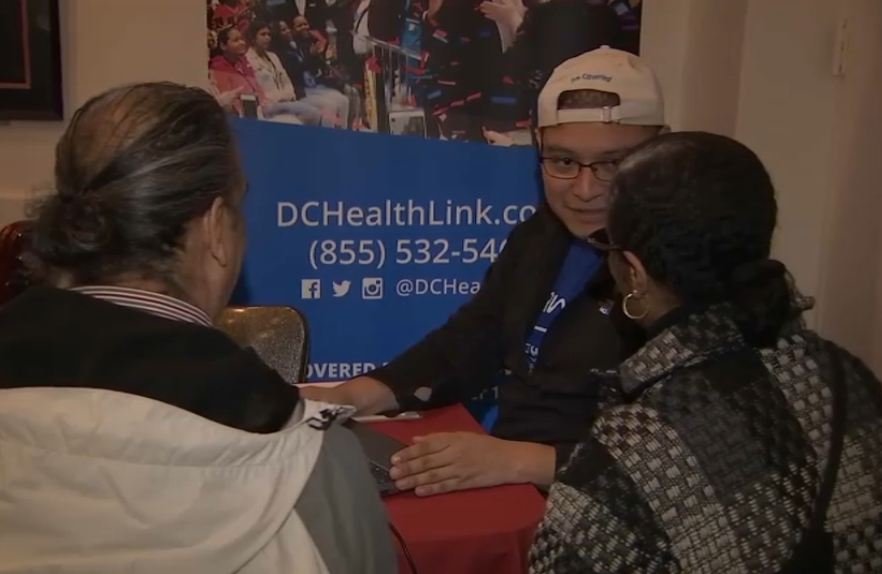 At least two dozen Capitol riot defendants have been ordered held pending trial thus far, with some facing weapons or conspiracy charges. And in some cases, prosecutors’ requests for detention were denied.

Among those sent home are several defendants whose alleged crimes include theft and violence. Riley Williams, a Pennsylvania woman who has been accused of stealing a computer from House Speaker Nancy Pelosi’s office, was permitted to be released to her mother’s custody. In that case, prosecutors requested restrictions on her internet access. Mark Leffingwell of Washington state is among many accused of assaulting law enforcement. He was released from custody with conditions and has pleaded not guilty.

Prosecutors sought pretrial detention for Larry Brock, a Texas man who allegedly entered the U.S. Senate chamber with zip-tie handcuffs, as well as for Matthew Capsel of Illinois, who is accused of assaulting National Guard members. Their requests were denied.

“The optics are impossible to ignore,” he said of the mostly white group of defendants.

Smith said the federal criteria for deciding pretrial detention favors white or affluent people in direct and indirect ways. In addition to considering the nature of the crime or a person’s criminal history, judges also consider a person’s job and housing status or community ties in determining whether that person is a flight risk or a threat to public safety.

"All of those factors weight very heavily in a racialized way because of other economic and racial discrimination factors in our country,” he said.

“Investigations of complicated crimes like this take a long time sometimes. And my expectation is that we're going to see indictments come down of more serious offenses against many of these people in the coming weeks and the coming months,” he said.

An I-Team review of U.S. Court reports found federal prosecutors most frequently seek pretrial detention in cases involving drugs, firearms or immigration violations.The I-Team also found that several of the insurrection cases in which pretrial detention was ordered involved firearms, weapons or theft. Many of the alleged rioters being released, however, are facing charges of disorderly conduct, entering a restricted building and violent entry.

Glenn Kirschner, a former District federal prosecutor who now serves as a legal analyst for NBC News, told News4 last month that while many of the alleged riots are accused of “extremely dangerous” crimes, many have no criminal history, which makes it harder to argue they should be detained.

“When a first time offender, even in a serious case like what happened at the U.S. Capitol on Jan. 6, comes before the court with a clean record, it's often difficult to convince the judge that person poses the kind of serious flight risk or serious risk to members of the community,” he said.

A 2018 report from the Probation and Pretrial Services Office indicates pretrial detention rates have risen for all groups, with defendants being held in roughly 75 percent of cases today. The same report found Black and Native American people are detained more often than Asian, Pacific Islander or white counterparts. Hispanics, meanwhile, are detained at far higher rates than those identified as non-Hispanics, likely due to immigration cases.

But experts said — and the I-Team found — that it’s difficult to do a true analysis of whether Capitol riot defendants are being treated more favorably than people of color because of the lack of readily available data on how often minorities face the same exact charges and how often they have been granted pretrial release.

The I-Team asked the Justice Department and the U.S. Courts system for any reports on racial disparities in pretrial detention involving the most commonly levied charges against alleged insurrectionists, including violent entry, civil disorder and assaulting law enforcement officers. But the agencies said such reports do not exist.

“We've noticed, in particular, that when you go to study racial disparity or racial inequity, we, as a government, don’t tend to keep data about it,” said Cherise Fanno Burdeen, an executive partner with the Baltimore-based Pretrial Justice Institute. “It makes it harder to study. It's almost one of those: ‘If I don't count it, if I don't keep track of it, maybe it's not a problem.’”

But Burdeen said it’s easy to see that people of color are “over-represented” at every stage in the criminal justice system.

While she said there appears to be a racial disparity in the treatment of alleged insurrectionists, that doesn’t mean more people should be kept behind bars. She said pretrial detention has myriad ripple effects on the accused, from making it harder for defendants to communicate with their legal team to costing them their jobs or homes.

“That treatment that we're seeing white people get is actually the treatment we're supposed to all be getting,” she said, adding: “A presumption of innocence, given a court date, made sure that we show up for that court date without causing any additional issues while we're awaiting trial.”