It wouldn't be the Fourth of July without San Jose product Joey "Jaws" Chestnut taking center stage and scarfing down hot dogs at an alarming rate.

Chestnut defended his Mustard Belt once again Saturday at the Nathan’s Famous International Hot Dog-Eating Contest at Coney Island. This is his 13th win in 14 years. 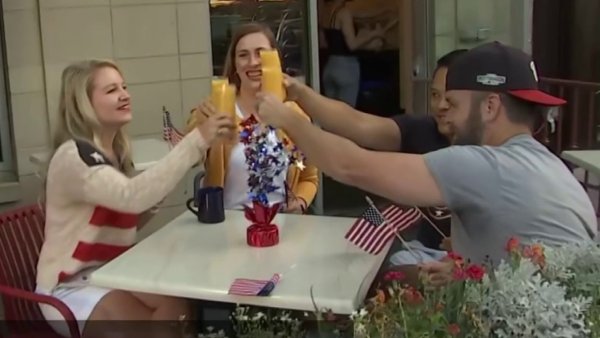 Miki Sudo of Torrington, Connecticut, also set a world record by eating 48.5 hot dogs and buns in 10 minutes for her seventh consecutive win in the event.

The event was a different scene this year as Major League Eating, the event's governing body, implemented coronavirus safety measures.

The contest that is usually held at Surf and Stillwell avenues in Coney Island, took place at a private indoor location. It consisted of two 10-minute contests, men's and women's separate, each with only five eaters to allow for physical distancing, the MLE said.

This year, the contest and its competitors made extra donations to local food banks and raised awareness of food bank needs, MLE officials said. Essential workers were also honored during the event.

In addition to the coveted Mustard Belt, contest winners were awarded up to $10,000 in cash.