Whether you're planning to celebrate the weekend following Opening Day at Nationals Park, or just thinking about going to some games later in the season, here's what to know.

Opening Day was Thursday, April 7. First pitch this year was delayed until 7:05 p.m. While the Nats lost to the Mets, Washington fans were thrilled at Juan Soto's home run. Here's a recap.

Who Are the Nats Playing and What's the Schedule?

From MGM Sportsbook, security, and bobbleheads, a first look at what's new at Nats Park this season.

What Can We Expect from the Nats This Season?

The Nationals enter the 2022 season with the lowest expectations for the team in years. After trading a slew of veterans, including Max Scherzer and Trea Turner last summer, Washington is looking to build a young core around star outfielder Juan Soto. 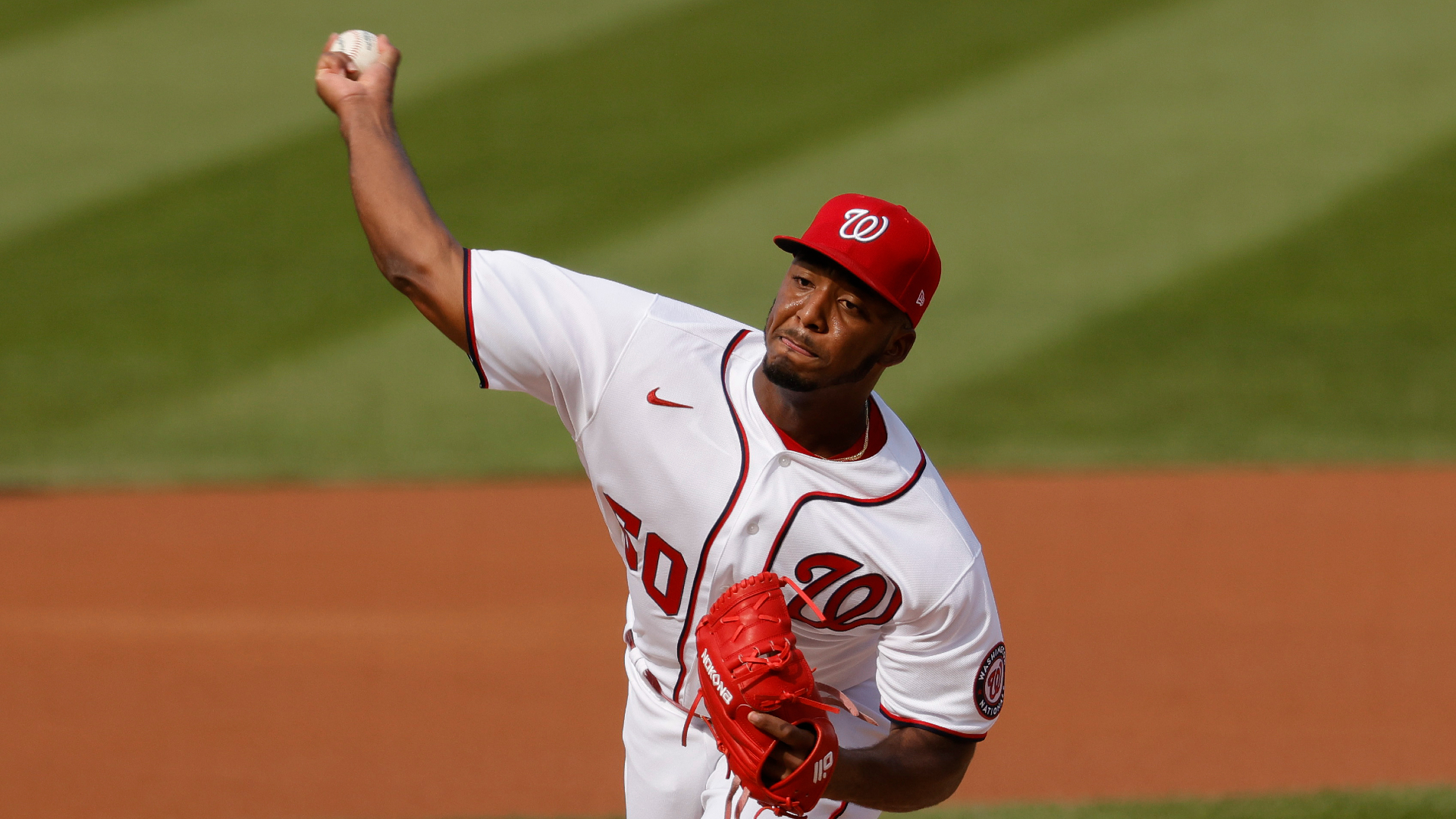 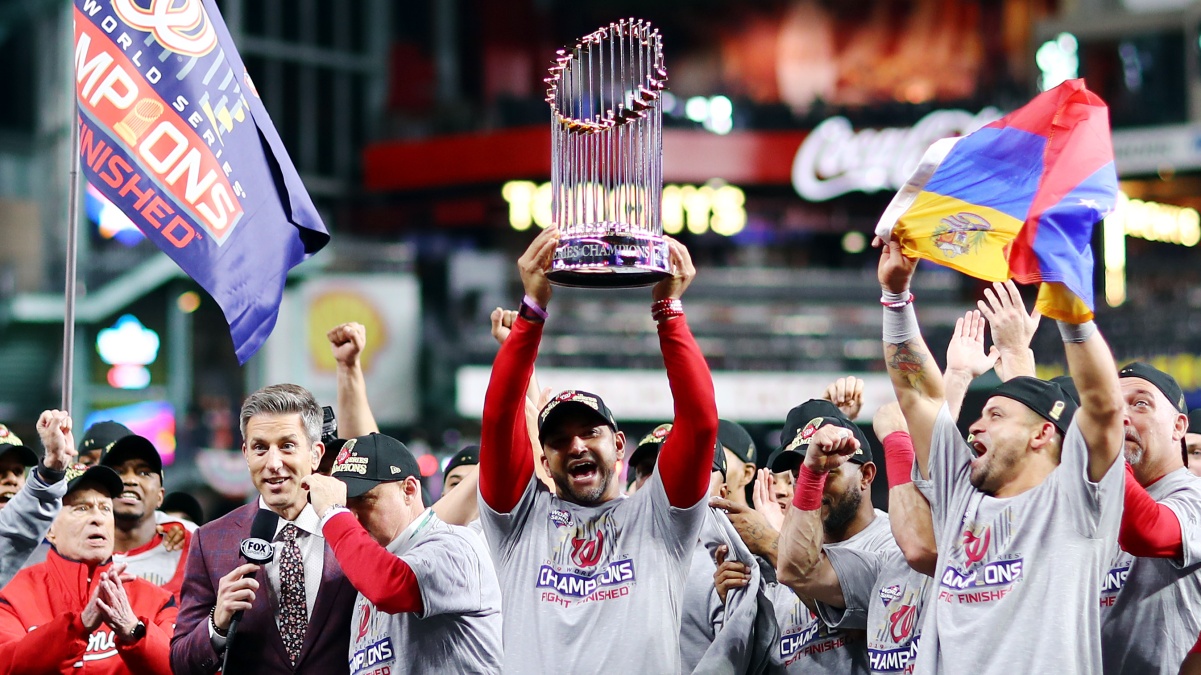 The Nationals' 2019 World Series Stars: Where Are They Now?

Soto is among the favorites to win the National League MVP and will have quality hitters behind him in new designated hitter Nelson Cruz and first baseman Josh Bell. Having already made Soto one of the richest contract offers in MLB history, the Nats now hope to sway him into signing a long-term extension before he hits free agency after the 2024 season.

Perhaps the biggest question mark for Washington is ace pitcher Stephen Strasburg, who returns to the mound this season after undergoing separate surgeries each of the past two years. Should Strasburg and fellow starting pitcher Patrick Corbin return to form while young arms like Josiah Gray continue their development, the Nationals will not be pushovers in a competitive NL East.

One more thing to note: The Nats will debut new cherry blossom-themed jerseys on their opening weekend games (April 9-10), part of a collaboration with the Washington Wizards, who will roll out their own cherry blossom jerseys next year.

The jerseys are also available to the public and have already set MLB sales records.

Where Are the Nats' 2019 World Series Stars Now?

As anticipation builds for Opening Day, many Nats fans are ready to catch up after what's been a tumultuous two years. The team didn't quite get to have the victory lap they would have expected back when they won the World Series in 2019. And since then, there have been some dramatic changes to the team's roster.

Click or tap on each player's photo to catch up.

Washington, D.C., no longer has an indoor or outdoor mask mandate. However, any private business that wants to require use of masks by its employees or customers still is able to do so.

D.C. health officials said proof of vaccination is no longer required in public places such as restaurants and entertainment venues.

What's the Best Way to Get to Nats Park?

You have plenty of options, including:

Metrorail: If you're taking Metro, the closest station is Navy Yard-Ballpark on the Green Line, which is just a block from Nats Park. Another option is the Capitol South station on the Orange, Blue and Silver lines, which is a 15-minute walk from the ballpark.

Metrobus & Circulator: Several Metrobus routes serve the area. See timetables here and a map of all Metrobus routes here. You can also get to the ballpark via D.C.'s Circulator. The Union Station—Navy Yard route drops off riders at the M Street and New Jersey Avenue SE entrance to the Navy Yard Metro station. Find more info here.

Parking Garages: You can buy parking passes for covered or uncovered parking ahead of time online here. Drive-up parking is available on a game-by-game basis and is not available for all games. Note that Nats parking facilities are now cashless and will only accept credit cards. All lots will open 2.5 hours prior to the start of each game and will close an hour after the end of each game. Tailgating is not permitted at Nats parking facilities.

What Are Some of the Promos and Special Events This Season?

You'll find plenty of promos all season long, starting with the second game of the regular season, on Friday, April 8. The first 20,000 fans in attendance will receive a Stephen Strasburg World Series MVP bobblehead.

The game on Sunday, April 10 will include a National Cherry Blossom Festival celebration, and the team is set to don their special blossom-themed uniforms.

Other freebies throughout the season will include Juan "Soto Shuffle" bobbleheads (May 27), kids' Nats bucket hats (July 2-3), and Nationals Screech Handmade by Robots vinyl figures (Sept. 17-18).

See all promotions here and all special ticket days here.

What are the Security Procedures at Nats Park in 2022?

The Nationals say new entry procedures will streamline the entry process. CEIA OpenGate technology means fans don’t have to remove keys or wallets from their pockets.

All bags larger than a small clutch (5 x 7 x ¾ inches or smaller) must be made of clear plastic, vinyl or PVC. Nats Park says these bags will not be searched. No backpacks are allowed.

What Can & Can't You Bring to Nats Park?

You may not bring: