The Maryland native shot to fame with her first solo album but never got to experience her success.

Eva Cassidy had one of the most distinctive voices in music, but she passed away before fame had found her.

The Bowie, Maryland, native died 25 years ago this month. Millions of her records have been sold, but Cassidy never got to see the international success her music achieved.

Her iconic live recording at D.C.'s Blues Alley will be released soon on vinyl for the first time.

Cassidy was just 33 years old when she died from cancer in 1996, not long after releasing her "Live at Blues Alley" CD. It wasn’t until after her death that her music gained international attention. 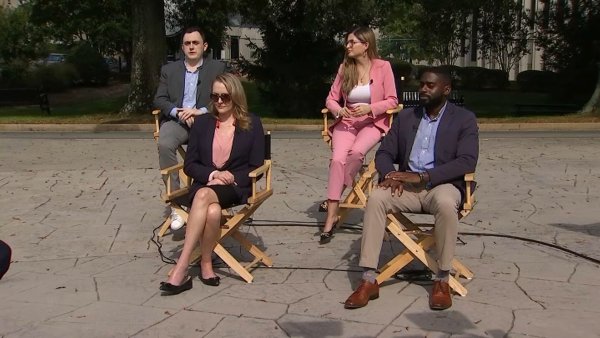 Her parents, Barbara and Hugh, knew she had a gift at an early age. Her father began teaching her guitar when she was about 9 years old.

Recently, he came across a recording of Eva singing without her band.

"I’ve been listening to it for some days now and playing along with it by the way," Hugh Cassidy said. "I did that for some years following her death."

Eva's mom struggled with the anniversary of her daughter’s death.

"After 25 years, I had a harder time this year with it, but we had our Eva for 33 years, and she was a joy," Barbara Cassidy said.

Cassidy’s band members gathered at Blues Alley, where they recorded her now multimillion-selling CD, to remember their friend and talk about the release of the remastered recordings from that night at the venue.

Cassidy and her band played two nights at Blues Alley, but the first night’s recording had a technical problem. The second night had to be perfect.

Band members recall being on edge from the pressure but said that Cassidy took it in stride and gave a brilliant performance.

“She wasn’t wrapped up in trying to be famous, so none of this stuff bothered her like it bothered us,” said Chris Biondo, the band’s bass player and album's co-producer.

“She just comforts people with her voice,” Biondo said.

Live at Blues Alley was Cassidy’s first solo record to be released, though she had previously released a recording of duets with legendary go-go musician Chuck Brown.

The remastered version of "Live at Blues Alley" and corresponding vinyl recording will be released in early December.