In an effort to help their audience of at-home cooks be more environmentally friendly, digital magazine Epicurious will no longer share recipes made with beef.

The outlet made the announcement on Monday, though Epicurious had quietly slowed publishing new beef recipes since Fall 2019.

In several stories published on Monday, the outlet went on to explain why it is pushing forward an "effort to encourage more sustainable cooking." 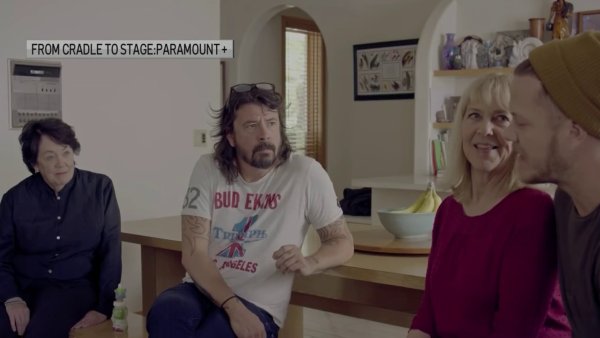 ‘From Cradle to Stage': Dave Grohl & His Mom Explore Music Stars' Relationships With Their Moms

"We know that some people might assume that this decision signals some sort of vendetta against cows—or the people who eat them. But this decision was not made because we hate hamburgers (we don’t!)," a story written by David Tamarkin, the digital director emeritus, and Maggie Hoffman, a senior editor, reads. "Instead, our shift is solely about sustainability, about not giving airtime to one of the world’s worst climate offenders. We think of this decision as not anti-beef but rather pro-planet."

In another article written by Epicurious editors, the outlet names three ways raising cattle contributes to climate change. Citing research from the Natural Resources Defense Council, the editors explain their beliefs that raising cattle is bad for the environment on every level of production. From the food needed to feed cattle — a "massive" amount of corn and soybeans — to cows digesting that food releasing methane in the form of belching and flatulence to the final product of that digestion, manure, releasing nitrous oxide and methane into the atmosphere, all parts of production, the editors argue, are harming the Earth.

The article cites an Environmental Protection Agency report that found agriculture — like raising cattle — accounts for about 10% of greenhouse gasses in the United States. It also points to large quantities of water being used to raise cattle, which is also a drain on natural resources.

"Of course, when it comes to the planet, eschewing beef is not a silver bullet," Tamarkin and Hoffman wrote. "All ruminant animals (like sheep and goats) have significant environmental costs, and there are problems with chicken, seafood, soy, and almost every other ingredient. In a food system so broken, almost no choice is perfect."

In the story, the two writers note how the move away from consuming cattle might feel "pointless" but it is all part of a larger goal.

"Addressing climate change requires legislation, international cooperation, and buy-in from the corporate sector," they wrote. "Individual actions like choosing alt-meat—or mushrooms, or chickpeas—instead of the real thing can feel so small they’re essentially pointless. But every time you abstain from beef at the grocery store or a restaurant, you send a signal—to the grocery store, yes, but also, and perhaps more influentially, to whomever you talk to about your decision."

In an interview with Forbes, Hoffman added that she believes making the change will be very doable.

"There’s so much food in the world, and we work with so many fantastic recipe developers, it’s honestly not difficult at all to skip one ingredient that’s been covered plenty in the past," she told the outlet.

In recent years, critics have publicly called for the general public to reduce their intake of red meat. In 2019, dietician Kristin Kirkpatrick wrote a piece for TODAY explaining that while many trendy diets — like paleo or keto, for example — call for increased consumption of red meat, it's actually not very healthy.

"Bottom line: There does not seem to be a lot of health benefits from having red or processed meat as a regular part of your diet," Kirkpatrick wrote, citing several studies that found frequent red meat can lead to disease and early death.

And earlier this month, in honor of Earth Day, chef Joel Gamoran offered TODAY advice for cutting back on all meat.

The cattle industry does not appear to have responded to the move on Monday by Epicurious, but the National Cattleman's Beef Association this month put out a release arguing that the U.S. beef production system is sound, citing a recent research paper.

"U.S. beef production is the most sustainable production system in the world, a fact long understood by America’s cattle producers, who between the 1960s and 2018, reduced the carbon footprint of the industry by 40% while producing 66% more beef," the release reads, before arguing that cattle and beef production makes up only 2% of U.S. greenhouse gas emissions.

Still, the editors at Epicurious hope the reduction in beef consumption will catch on.

"Epi’s agenda is the same as it has always been: to inspire home cooks to be better, smarter, and happier in the kitchen," the story by Hoffman and Tamarkin concludes. "The only change is that we now believe that part of getting better means cooking with the planet in mind. If we don’t, we’ll end up with no planet at all."