Rio Watch Parties: Where to Catch the Olympic Games

Everything you need to know about where to find Brazilian cocktails, eat great food and cheer on Team USA

Rio may feel like a world away from the DMV, but there are plenty of places around town to celebrate the start of the Games with big-screens, specialty cocktails and bar competitions.

Stone Ridge School of the Sacred Heart’s Virtual Watch Party
Where: Anywhere!
When: 8 p.m. on Aug. 7, 9, 10, 12 and 13
Katie Ledecky’s alma mater, Stone Ridge, is hosting a virtual watch party. While you watch Ledecky glide past her competition, you can tag any social media posts #SRCheersLedecky or #GoSacredHeartOlympians and be a part of the Bethesda community she grew up in. 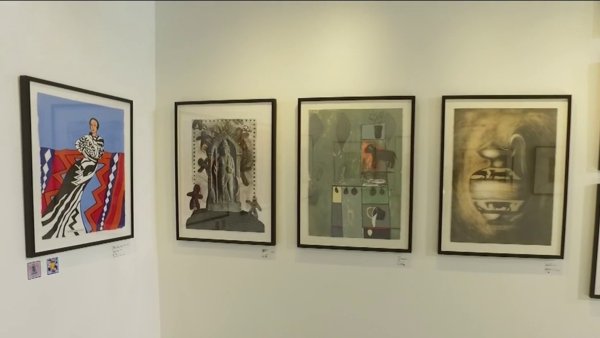 U.S. Soccer vs. Colombia Watch Party
Where: 801 K St. NW Washington, D.C.
When: Tuesday at 6 p.m.
Cheer on the U.S. Women's National Team against Colombia at Carnegie Library. The U.S. Soccer Foundation, the Colombian Embassy and Events D.C. are teaming up to host a free watch party. RSVP and you may win a prize.

Capitol Lounge
Where: 229 Pennsylvania Ave. SE
When: 6- 9 p.m. on Aug. 9th
Enjoy watching the Olympics as you participate in your own“Beer Olympics” at Capitol Lounge. You can’t take home a gold medal, but you can win prizes playing Jenga, Cornhole and Connect Four. Sign up starts at 5:30 p.m. to give players time to “warm-up.”

City Tap House
Where: 901 9th St. NW
When: 3-7 p.m. weekdays for the duration of the Olympics
It’s an Olympic happy hour everyday at City Tap House. You can enjoy $5 select draft beers, $6 house wines by the glass and $7 for a beer and a shot through to Aug. 19.

Logan Tavern
Where: 1423 P St. NW
When: 7:30 p.m.
Have the craving for an Olympic-themed cocktail or Brazilian food? Logan Tavern is the spot for Rio 2016 food and drink specials through Aug. 21., as well as extended an happy hour. So sit back with your cocktail and enjoy the summer sports on a full-wall projector. You might even snatch up some team USA swag.

Commissary
Where: 1443 P St. NW
When: 7:30 p.m.
Just like at Logan Tavern, Commissary will be ringing in Rio with the same specials. Pop in daily for Team USA gear, Brazilian food and Olympic cocktails.

The Royal
Where: 501 Florida Ave. NW
When: 7:30 p.m.
Kick off the start of the Games with a refreshing Brazilian cocktail at The Royal. The bar will be serving Cachaca cocktails -- Brazil's national spirit made with strawberries, basil and lemon juice -- for $8 throughout the Olympics.

Radiator DC
Where: 1430 Rhode Island Ave. NW
When: 7:30 p.m.
Grab some friends and head to Radiator DC to compete in your own series of games -- including Connect Four, chess and backgammon -- while watching the Olympics. The restaurant will be serving Brazilian cocktails and wines throughout the Games.

The Royal
Where: 501 Florida Ave. NW
When: 7:30 p.m.
Enjoy the Olympic Games with a refreshing Brazilian cocktail at The Royal. The bar will be serving Cachaca cocktails -- Brazil's national spirit made with strawberries, basil and lemon juice -- for $8 throughout the Olympics.

Lucky Bar
Where: 1221 Connecticute Ave. NW
When: 3-8 p.m.
Catch some of the Olympics from 3-8 p.m. at Lucky Bar, which offers drink specials such as $5 draft beers and $4 house cocktails.

Union Pub
Where: 201 Massachusetts Ave. NW
When: 11:30 a.m. until close
Union Pub will offer an Olympics-themed drink called "Battlin' Gatlin" -- a mix of Jamaican rum, midori liqueur and pineapple -- to celebrate the Opening Ceremony in Rio. It will also broadcast events from 11:30 a.m. to close throughout the Games.