How To Watch ‘The National Dog Show' On Thanksgiving Day

Hosted by the Kennel Club of Philadelphia, this year's event marks the 21st anniversary of NBC's telecast

Thanksgiving traditions usually involve Macy’s Thanksgiving Day parade, followed by plenty of food and hours of football. But in recent years, another cherished piece of entertainment has emerged: The National Dog Show.

Hosted by actor John O’Hurley, the annual parade of pedigreed pooches has become one of the most popular events of Thanksgiving day.

"It is extraordinary how this TV special has become an annual television-watching tradition for American families," O'Hurley said in a news release. "Dogs more than ever have become a part of people's lives and the show reminds us of how great they are and how easy it is for them to make us smile." 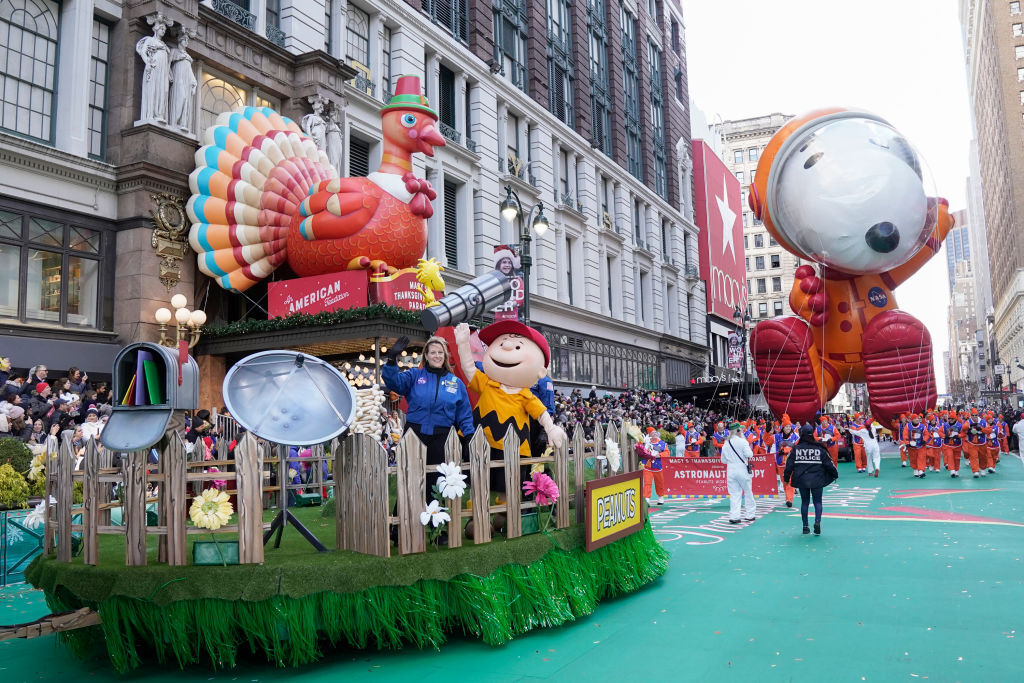 Hosted by the Kennel Club of Philadelphia, this year's event marks the 21st anniversary of NBC's telecast. Its history, however, dates back to well before it was ever introduced to the masses on television.

Here's what you need to know about the competition and when to watch:

History of the National Dog Show

Purebred dogs were first exhibited in the Philadelphia area in 1876 at the Centennial International Exposition, the first official "World's Fair" to be held in the U.S. Two years later, the Kennel Club of Philadelphia was founded and began hosting dog shows in 1879, with its only break from 1928 to 1932 during the Great Depression.

As O'Hurley tells it, Jon Miller, then-president of programming for NBC Sports, was enamored by the Christopher Guest dog show parody classic “Best in Show,” and thought a real dog show to fill the gap between the parade and football would work.

Miller reached out to the Kennel Club of Philadelphia, secured Purina as a presenting sponsor, then went to his bosses at NBC. The network's other Thanksgiving institution, the annual airing of "It's a Wonderful Life," had been struggling with poor ratings. Miller convinced them to take that time slot and he got the green light initially only for that year.

The rebranded "National Dog Show" first aired in November 2002, with O'Hurley as co-host and David Frei, who is a licensed judge for the American Kennel Club, serving as the analyst.

“He called me and I was in L.A. I picked up the phone and I said, ‘Hello.’ And he said, ‘Woof, Woof.’ And that’s how it all started,” O'Hurley, a self-proclaimed dog lover, told The Associated Press in a 2018 interview.

More than 18 million people tuned in to watch that first year, making the National Dog Show one of NBC's highest-rated events and an overnight success.

“Watching dogs simply makes us feel good,” Frei said in news release celebrating the event's 20th anniversary. “Yes, we hope to provide interesting information, but mostly – it is what it is – a dog show; it’s the dogs’ show."

The show is one of only three major dog shows in the U.S., ranked along with the AKC National Championship and the Westminster Dog Show.

The competition is taped in front of a live audience at the Expo Center in Greater Philadelphia the weekend of Nov. 19 and Nov. 20, 2022.

The two-hour holiday special will then air on NBC on Thanksgiving Day, Thursday, Nov. 24, 2022, from noon to 2 p.m. in all time zones.

Watch live on your browser by clicking here, or tapping the "Live TV" button on your mobile app, and logging in with your TV provider.

The "National Dog Show" can also be streamed here on NBCSports.com and on the NBC Sports app at 12 p.m. ET on Thanksgiving. The NBC Sports app is available on mobile and connected devices, including Roku, Apple TV and Amazon Fire.

How many breeds compete in the National Dog Show?

While the KCP predates the American Kennel Club as a canine organization, it is the AKC that is recognized as the sanctioning body for dog breeds allowed to compete.

In all, 209 AKC-sanctioned breeds will be recognized after the group added the Biewer Terrier (toy group), "an elegant and athletic toy terrier whose only purpose in life is to love and be loved," to this year's competition. Since the first "National Dog Show" broadcast in 2002, 50 new breeds have been introduced to the event.

More than 2,000 dogs are entered into the competition in a regular year.

What are judges looking for?

Dogs are scored based on how closely they compare to the breed’s official standard.

The main consideration is the dog’s conformation or overall appearance, temperament, structure and movement. The judges are looking for characteristics that allow the dog to perform the function for which he or she was originally bred.

The actual purpose of such scrutiny is to appraise breeding stock. Dogs who closely conform to the breed standard indicate their ability to produce quality puppies. Because of this, only purebred, non-spayed or non-neutered dogs are allowed to compete.

How is Best in Show decided?

Each of the 209 breeds and varieties are assigned to one of seven groups: Terrier, toy (Pomeranians, Chihuahuas), sporting (golden retrievers, pointers), working (boxers, Great Danes), hound (Scottish Deerhound, dachshunds, ), herding (English sheepdogs, Border collies), and non-sporting (everything else, including Dalmatians and French bulldogs).

Participants who win First in Group among the dogs in each of the seven categories will go snout-to-snout to compete for the coveted title of Best in Show.

What is a benched show?

There are two kinds of dog shows: benched and unbenched.

Benched dog shows mean canine competitors must be accessible to the public during the entire show, unless they are competing, exercising, or being groomed. Participating dogs are required to stay at their assigned benches so that breeders, handlers and spectators can meet the dogs and talk to their owners. With so much activity buzzing around, this is an impressive feat of discipline and character.

For unbenched shows, participating dogs only need to be present during judging of their breed or competition.

At the 2021 National Dog Show, a graceful Scottish Deerhound named Claire made history when she won Best in Show for the second time, making it the first repeat champion in the competition's history.

Claire beat out hundreds of dogs representing 180 breeds and varieties recognized by the American Kennel Club.