Remembering Prince on the 6th Anniversary of His Death

Prince’s death rocked the music industry and the world six years ago today. Remember the singer and musician with a look back at his historic career

Prince, who is widely remembered as one of the greatest musicians of all time, passed away six years ago today. With his androgynous style and vocal capabilities, Prince took the music — and fashion — world by storm as he quickly became a household name.

Born on June 7, 1958 in Minneapolis, Minnesota, Prince Rogers Nelson showed an interest for music early in life when he wrote his first song at just seven years old. In 1977 at 18 years old, Prince signed on with Warner Bros. Records. At 19, he became the youngest producer with the label when he produced his debut album, "For You." He also sang and played all 27 instruments on the album.

Prince's record-breaking sixth studio album, "Purple Rain," was released in June 1984. At the time, Prince was referring to his band as The Revolution. This album was Prince's first to reach number one on the Billboard 200, and it spent 24 weeks in that position. The songs "When Doves Cry" and "Let's Go Crazy" reached number one on the Billboard Hot 100. "Purple Rain" became one of the best-selling records of all time.

In July 1984, "Purple Rain" the film was released with Prince in the leading role in the semi-autobiographical film that showcases numerous concert scenes with Prince and The Revolution. The film won an Academy Award for Best Original Song Score.

During his career, Prince went by many monikers, including one that was a symbol his fan's knew as the love symbol. He was often referred to as the Artist Formerly Known as Prince. Prince's Ashes to Be Displayed Marking 5th Year of His Death 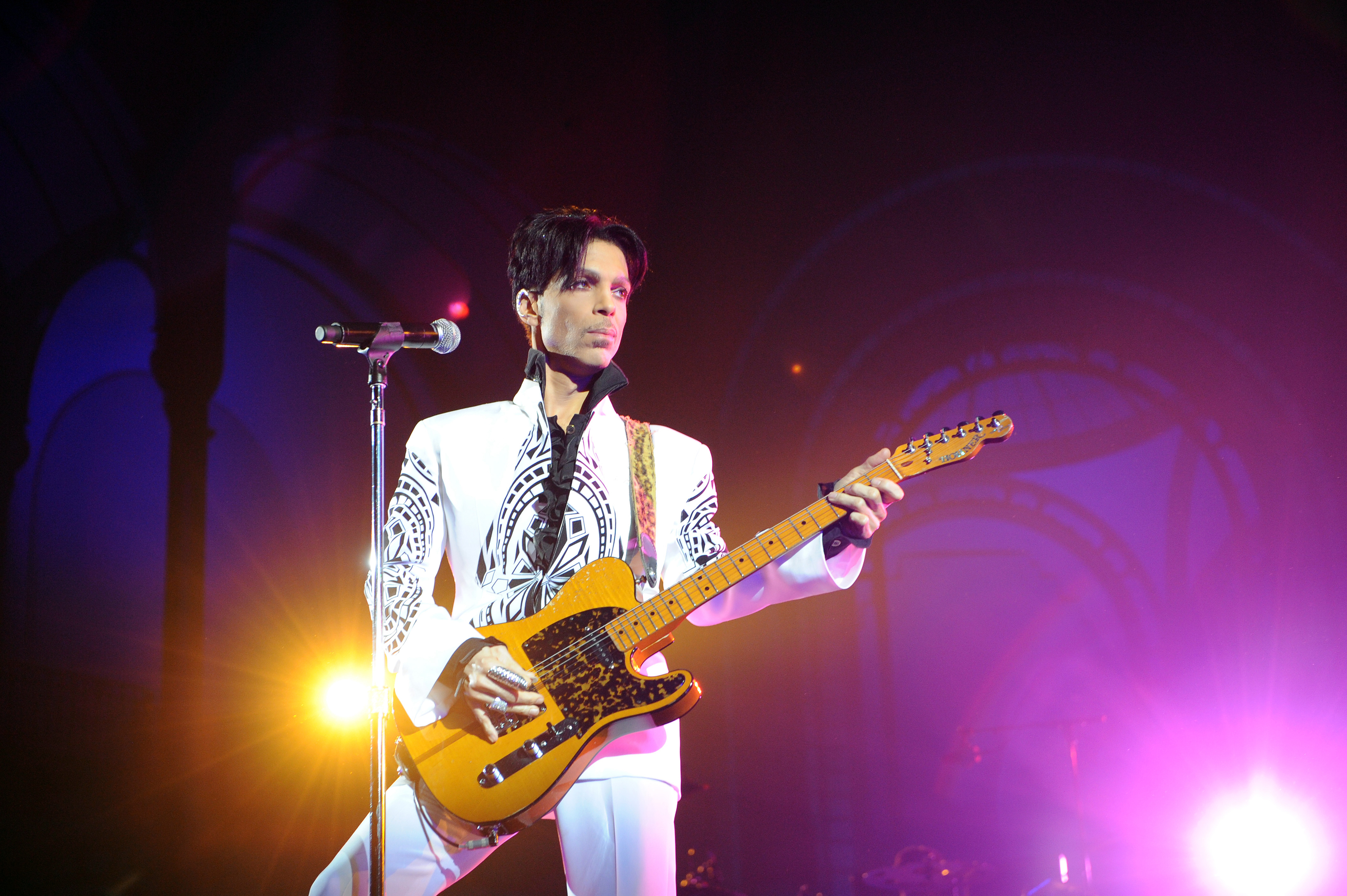 The seven-time Grammy winner died on April 21, 2015 at the age of 57 from an accidental fentanyl overdose. At the time, President Barack Obama released a statement recognizing Prince's impact on the music world and joined fans in mourning the loss of an icon.

The statement read, in part, "Few artists have influenced the sound and trajectory of popular music more distinctly, or touched quite so many people with their talent. As one of the most gifted and prolific musicians of our time, Prince did it all. Funk. R&B. Rock and roll. He was a virtuoso instrumentalist, a brilliant bandleader, and an electrifying performer."

After his death, Prince sold more albums in 2016 than any other artist — living or dead — with 2.23 million copies sold.