Retired NBA star Kobe Bryant and his 13-year-old daughter, Gianna, were among the nine people killed Sunday in a helicopter crash in Calabasas, California. Here is a list of some other notable people who have died in helicopter accidents.

Aug. 1, 1977 — Francis Gary Powers, a pilot whose U-2 spy plane was shot down over the Soviet Union in 1960, was killed when the KNBC-TV news helicopter he was piloting ran out of fuel and crashed near Encino, California.

July 23, 1982 — Actor Vic Morrow, star of the ABC series "Combat!," and child actors Myca Dinh Le and Renee Shin-Yi Chen were killed on the ground when a helicopter crashed into them on the set of "Twilight Zone: The Movie" in Indian Dunes, California. 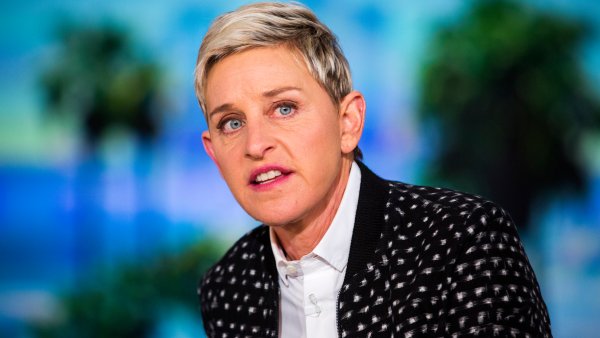 ‘It Was Too Orchestrated': Ellen DeGeneres Opens Up About Show Controversy in TODAY Exclusive

Aug. 27, 1990 — A helicopter carrying guitarist, singer and songwriter Stevie Ray Vaughan slammed into a hillside in Elkhorn, Wisconsin, after an outdoor concert, killing Vaughan and all four others onboard.

Oct. 25, 1991 — Rock concert promoter Bill Graham and two other people were killed when their helicopter hit a utility tower and crashed near Vallejo, California.

July 13, 1993 — NASCAR driver Davey Allison, the 1992 Daytona 500 winner, died after a helicopter he was piloting crashed at Talladega Superspeedway in Alabama.

Sept. 17, 2017 — Troy Gentry, who was part of the country music duo Montgomery Gentry, was killed in a helicopter crash in Medford, New Jersey.

Oct. 27, 2018 — Vichai Srivaddhanaprabha, a Thai businessman and the owner of the Leicester City soccer club in the Premier League, died along with four other people when their helicopter crashed shortly after takeoff from the team's King Power Stadium in Leicester, England.