The 1992 film dealt with class, race and trauma. But almost 30 years later, a new version, in theaters Aug. 27, reclaims and recenters the narrative around the Black experience

“Candyman” was always more than a surface level horror film. The 1992 film dealt with class, race and trauma. But almost 30 years later, a new version in theaters Aug. 27 reclaims and recenters the narrative around the Black experience.

The original film took the seeds of a Clive Barker short story set in a Liverpool slum and transported it to Chicago’s Cabrini-Green housing projects, where the Boogeyman was Black and the lens to the world was a white female doctoral student studying urban myths. The film was both praised and the subject of pointed critiques from Black filmmakers who noted the regressive racial stereotypes.

“There's no question that this film plays on white middle-class fears of black people,″ actor-director Carl Franklin told the Chicago Tribune at the time. ″It unabashedly uses racial stereotypes and destructive myths to create shock.”

Franklin said it was, “irresponsible and racist.”

But it was also successful enough to spawn two sequels and proved to be a formative film for a young Jordan Peele, who saw it as a landmark for representation. Following the success of “Get Out,” Peele and his Monkeypaw Productions set their sights on a “Candyman” film and signed up-and-coming filmmaker Nia DaCosta to direct. 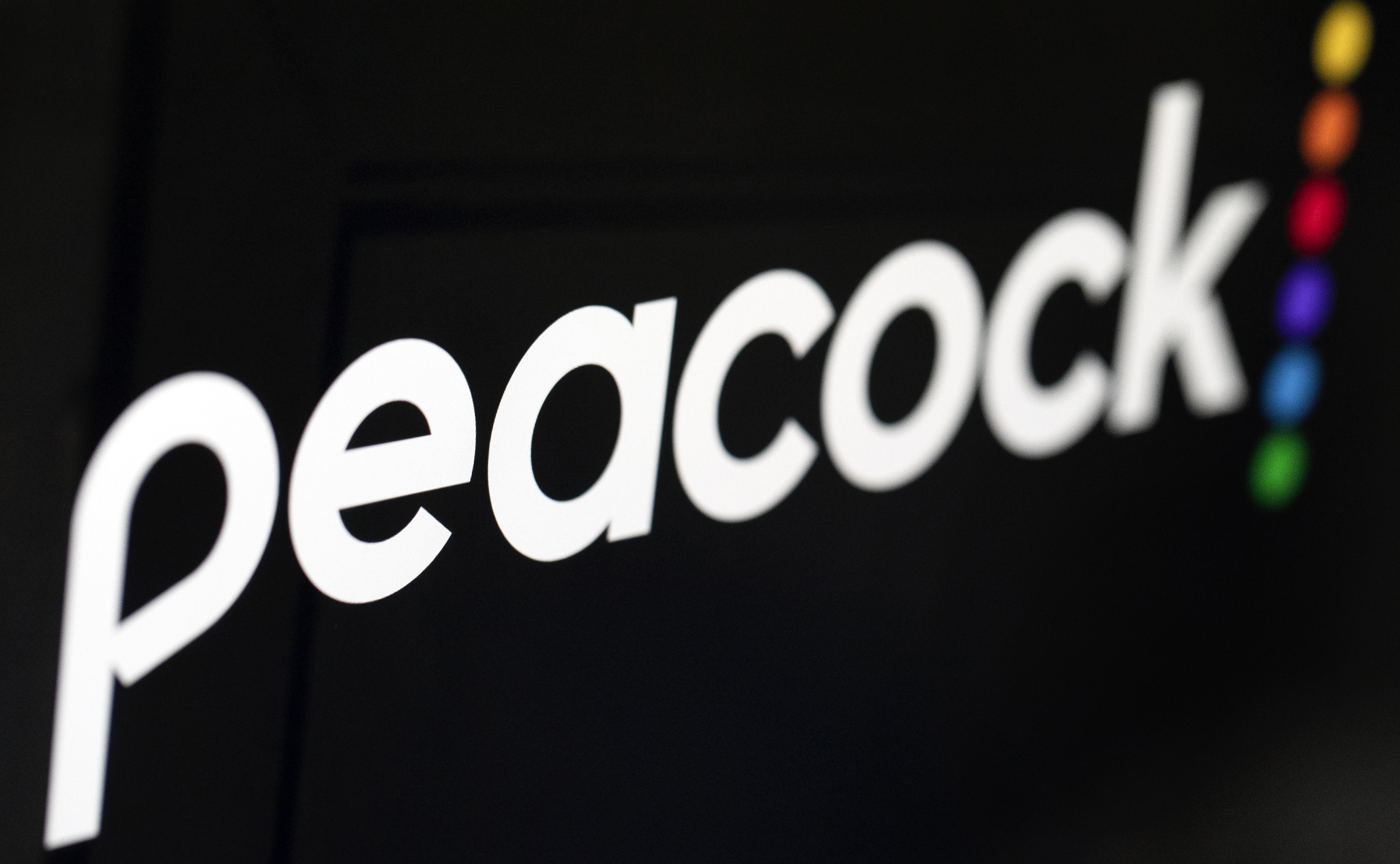 All Universal Films Coming to Peacock Starting in 2022 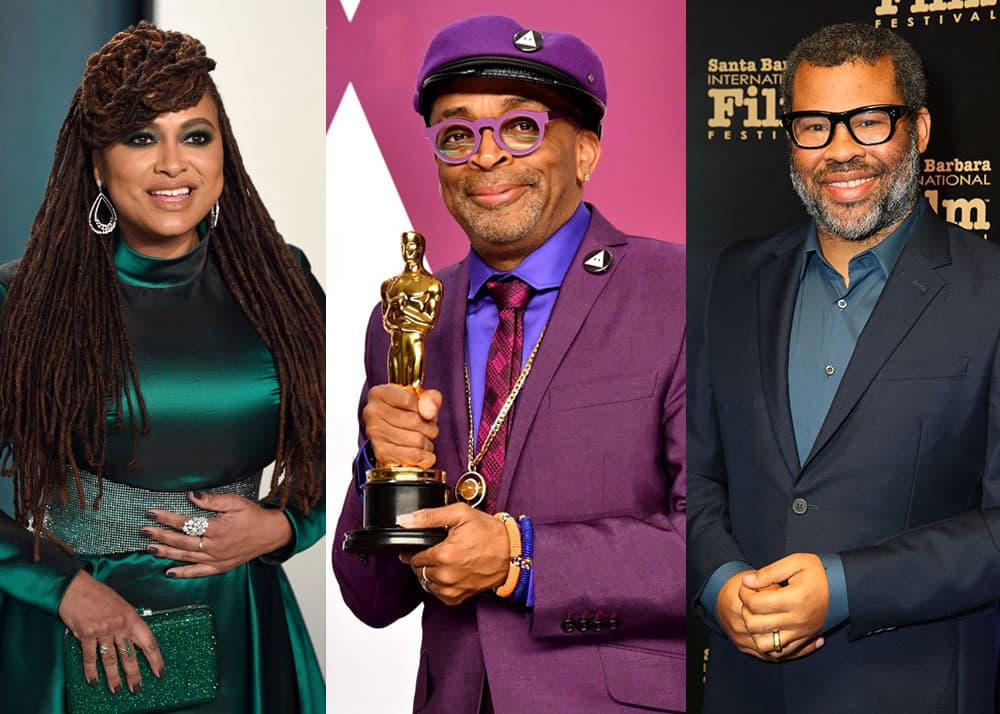 20 Black Filmmakers Who Have Changed Hollywood in the Last Century

DaCosta had just one indie under her belt, the well-received crime drama “Little Woods,” when her agent got wind of a Jordan Peele “Candyman” project.

“I always told (my agent) what I wanted to do and I made ‘Little Woods,’ which was a really great experience, but I also really wanted to do bigger films, genre films and horror and Marvel movies,” DaCosta, 31, said. “He introduced them to my work and it just ended up working out...I don’t want to pitch for something if I don’t really have a clear idea and a passion for what it will be. I think they responded to that level of detail and the passion that I had.”

Described as a “spiritual sequel” to the first film, Peele, who co-wrote the script, and DaCosta’s “Candyman” put their subjects, a successful gallery director, Brianna (Teyonah Parris), and her visual artist boyfriend Anthony (Yahya Abdul-Mateen II), in modern-day Chicago. They live in a luxury apartment in a now gentrified Cabrini-Green. But the rot of the past lingers. A longtime resident played by Colman Domingo tells Anthony about the Candyman lore and soon the haunting and the body horror begin anew.

“The art world is very glitzy, glamorous and Brianna is very wealthy and lives in this amazing apartment and Chicago’s a gorgeous city," DaCosta said. “I wanted to really juxtapose that beautiful, lush world with the horrors within.”

Abdul-Mateen II predicts “Candyman” will be a conversation-starter.

Seth Meyers congratulates Jordan Peele on the success of "Get Out" as the 2017 horror film of the year, but embarrasses him by showing a picture of Jordan dressed as "Beetlejuice" as a child.

“Outside of the entertainment value, there is an opportunity to really talk about the state of the world,” Abdul-Mateen II said. “There’s a history of unwanted marks becoming celebrated for reasons that we don’t want to be celebrated for. This movie deals with that and says what happens when you take our stories back.”

The themes aren’t just backdrops either. The script has characters discussing gentrification and privilege. One character even says white people, “Love what we make, but they don’t love us.” It was a line that DaCosta felt was especially important to have in the film.

“Sometimes you just have to make the subtext text,” DaCosta said. “It really spoke to how as long as we are behaving a certain way and as long as we’re producing something that is being consumed or has a place either in a consumerist way or in a respectability way, we’re fine. But once you step out of that, once...someone dares to talk back to a police officer or whatever then there is a problem.”

Although it’s a distinctly different film than “Get Out,” with different sensibilities, “Candyman” is poised to inspire and provoke in similar ways.

“It’s truly an examination of who we are right now in our culture and hopefully helping to move the needle and help it get better by going to these dark spaces and unpacking the terror within, the true terror,” said Domingo. “Especially the terror that people with Black and brown skin live with every day.”

The film was completed in late 2019 for a planned 2020 release but was delayed several times over the past year because of the pandemic. Domingo said after the last year of racial reckoning. it’s the perfect time for the film to come out.

“I think that it’s timely that it did not come out last year, that we needed to deal with what we were dealing with and be out on the street, raising our voices together to finally having a moment to step back and examine again,” Domingo said. “I think we’re willing to do the work now.”

“Candyman” will also be a breakthrough moment for DaCosta, whose star is continuing to rise with higher profile studio projects.

“She really is like an old school director,” Domingo said. “She knows what she wants. She’s a very, very elegant director. You see it in every frame of this film.”

Two weeks after she wrapped “Candyman,” DaCosta immediately went into “The Marvels,” a sequel to “Captain Marvel," that’s expected to come out next year. The superhero pic reunites her with Parris, who plays Monica Rambeau.

DaCosta has hardly had time to take stock of her own quick ascent in an industry where Black female directors are vastly underrepresented in big budget filmmaking.

“This is like my third movie in four years, which is crazy for any sort of person. But I remember a couple of years ago (my manager and I) were like, well five years ago this would not be my career,” DaCosta said. "I’m really grateful for it and excited that more spaces are opening up....I’m hoping by making more movies and doing different kinds of movies that more space will be opened up for others."